What to Expect from the Upcoming iPhone 13 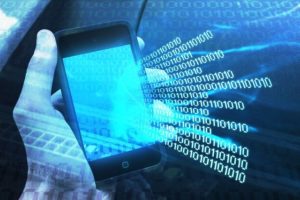 The iPhone 12 is still quite fresh on the market. We are already hearing rumors about the launch date and other details for the iPhone 13. The iPhone 13 has been rumored to be set for a late 2021 release. Some major changes will affect daily use. There are several possibilities that Apple could make and we know how they always have something new to shock us all.

For now, we expect an improvement of the camera, the absence of ports, and the possibility of the TouchID return.

There have been reports that the iPhone 12 mini demand might see Apple dropping the mini versions. But we still expect to see a mini version of the iPhone 13. We are likely to get four models as we did with the iPhone 12, and the pricing should be identical.

There might also be an increase in the baseline for storage options. The current baseline is 64GB and we could see an increase to 128GB. There might be 1TB options in the pro models of the iPhone 13 that will cost more.

We expect major changes to the camera notch and bump. There are currently separate bumps on each lens, and it is expected to change to a single glass covering the lenses. It is a welcomed change, as the wobbles will reduce when you lay the phone flat.

We expect the notch to be eliminated or reduced at the least. Apple has tried to develop ways to hide some elements in the TrueDepth system at the back. Although some Android phones have successfully hidden selfie cameras at the back, it is more complex with the TrueDepth. With the complexity of the TrueDepth system, a reduction is more likely than total elimination of the notch.

We expect a new color, as Apple regularly replaces a unique color on new iPhones to help boost sales on the new model.

Like we noted for the design, Apple does not make year after year changes to the cameras as well. The camera in the iPhone 12 is said to be the same as that of the iPhone 13. The LiDAR might increase in power, the zoom is expected to be better, likewise the sensor size.

According to Ming-Chi Kuo, the ultra-wide cameras should be improved in the iPhone 13. A 6P lens and f1.8 aperture are expected, as the current one is 5P and f2.4. This improvement will make low-light photos even better.

Also, some sources have revealed that LiDAR and ProRAW could be extended to all the iPhone 13s rather than being reserved for the Pro versions. The front camera is expected to remain the same.

Sources have revealed that Apple could include the ProMotion display in the iPhone 13. This will help to optimize the way content is viewed, but it may force the need for LTPO technology for better battery control.

The iPhone 12 didn’t come with LPTO technology, and this has made it difficult to believe the inclusion in the iPhone 13. But some reports have said that Apple outsourced the LPTO display production to LG for mid-2021.

Apple has always steered controversy with its port and cable standards and we expect it to continue in the iPhone 13. Rumors have speculated that the lightning connector will be dropped for the port-less design.

There are also speculations that Apple could move to a USB-C port to have uniformity across their devices.

Apple replaced the fingerprint sensor with FaceID right from iPhone X. it resulted in a shift across the smartphone market. The latest rumor is that both will be used in the iPhone 13. This will allow ease-of-access for users that wear a mask.

5G came into life with the iPhone 12. It became available in mmWave and 6GHz bands, but the mmWave could only be accessed in the United States.

We expect that to change in the iPhone 13, as Apple ensures that people that travel have good speed as they will have at home.

The iPhone 13 is already causing a lot of buzz. Although we expect little changes from what we had in the iPhone 12, due to Apple’s tradition of minimal changes in short periods. If that convinces you, sell your iPhone to us and buy the newest model.

We are not even sure of the name, as Apple could decide to call it some other names that are not iPhone 13. We expect to get more information in the next few months.