Lenovo Yoga 9i: Convertible at its Best 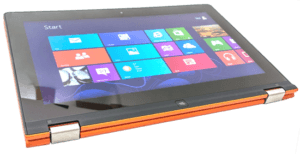 There was a time when 2-in-1 laptops were recommended as laptops that needed just enough computing power on the go to achieve tasks like excel sheets manipulations and more. Times have changed, and now 2-in-1 laptops are as powerful (and in some cases more powerful) than some mainstream laptops. The Lenovo Yoga 9i is one of such convertible laptops built for speed and portability.

The Lenovo Yoga 9i is the Yoga C940 reborn in a similar chassis but with more powerful internal components. The Yoga C940 was easily one of the most powerful convertible laptops, but it had a mediocre battery and poor screen. The Yoga 9i seems to have fixed some of those issues.

Usually, these kinds of reviews start with the design review, but the chassis of the Yoga 9i is basically the same thing as that of the Yoga C940 with a few changes. Therefore, we decided to start with performance instead.

To put the performance of the Yoga 9i into proper perspective, we would compare it to that of similar convertibles like the HP Spectre x360 15 and the Dell XPS 15.

According to Digitaltrends.com, in Geekbench 5 benchmark tests, the Yoga 9i was able to pull off a score of 1,285 in single-core performance and 5,551 in multi-core tests. Beating its predecessor with 1,106 and 5,177 in single-core and multi-core respectively by small margins.

The Lenovo Yoga C940 had a problem of featuring a poorly lit screen, the Yoga 9i’s screen is better, but Lenovo could have done even better than the Full HD IPS display with a 500nits brightness rating and Dolby Vision HDR support. Users of the Yoga 9i have the option of choosing a 4K IPS display also rated at 500 nits of brightness and better color accuracy.

According to Digitaltrends.com, the actual brightness of the Yoga 9i’s screen is about 351 nits, which is higher than the accepted average of 300 nits but much lower than the 500 nits claimed by Lenovo. The display scores a 97% accuracy on the sRGB scale and 75% on the AdobeRGB scale on the color spectrum. At gamma 2.2, the display had a perfect gamma rating for photos and videos.

The Yoga 9i is powered by a 69 Watt-hour battery, which was able to last for up 12 hours in the movie loop test. On the Basemark web benchmark test carried out by Digitaltrends.com, the Yoga 9i lasted for about 3.5 hours in the highly demanding workflow.

While the battery is not the biggest (actually, we consider it quite small), it is big enough to get you through a workday of browsing or watching movies.

The Yoga 9i is a beast when it comes to the performance that it delivers. The Yoga C940 was already a very fast convertible PC, but the Yoga 9i kicks it up a notch to become the most powerful convertible you can buy. You can trade old laptop online with us and use the cash for the new model.

The battery and the display of the Yoga 9i are decent upgrades from the previous generation’s Yoga C940. However, this laptop would have been a perfect piece if the battery was bigger; the 69 Watt-hours battery is not big enough to take advantage of the beefy hardware.