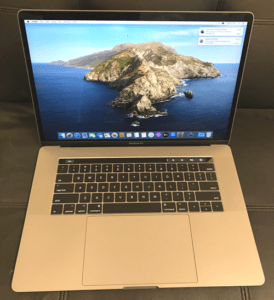 Apple introduced this first of its kind chip earlier this month. It is a special processor only for the Mac, called the M1. The 13-inch MacBook Pro became the first model to get the M1 chip. The refreshing upgrade will bring better efficiency and speed levels to the high-end MacBook. However, what is baffling is that Apple has chosen to sell the Intel version of this MacBook for a higher price than the M1 version.

In this article, we take a look at the difference between these versions, while reviewing the M1 MacBook. Is it worth saving hundreds of dollars by taking that huge leap from the Intel processor version to the freshly introduced M1?

We compare the 13-inch MacBook Pro for both processor version. They do share some similarities, but there is a significant difference between the two. In terms of build and display, you can hardly tell the difference.

The Intel MacBook Pro share design similarities with the M1 version. They have everything almost identical in this regard except for a few details. They have the same magic keyboard, touch ID, slab-looking design, and touch bar.

The major difference you will find in the designs is the number of ports. The Intel MacBook Pro has more Thunderbolt 3 port than the M1. They also have a slight difference in weight as the M1 weighs 3.0 pounds compared to the 3.1 pounds for the Intel version.

Therefore, if design and portability are what you look out for, you will be stuck when making a choice.

The required USB4 specifications are also met in the M1 MacBook. The USB4 is a good attempt at eliminating the confusion that comes with the different definitions in the USB3 and its several variants. It offers less technicality and more simplicity.

However, the issue with connectivity in the M1 MacBook is the incompatibility with peripheral GPUs, which includes Apple’s Blackmagic eGPU. The graphics power is solely on the internal GPU cores of the M1 MacBook.

This is where the major difference lies between the Intel MacBook and the M1 variant. The Intel MacBook uses the 10th-generation core chips. And has a quad-core processor of 2.0 GHz. It also has the Iris Plus Intel graphics.

The M1 MacBook which is the latest in town comes with a fresh never-seen-before arm-based chip designed by Apple. It is the first chip to be ever designed by Apple for the Mac. This means the RAM, GPU, I/O, and security features all come in one chip. This is different from what you will find in the Intel MacBook as everything is separated on it.

The M1 chip has a special feature known as unified memory architecture (UMA). This feature helps the chip to access the same set of data without needing to copy between several memory pools.

The M1 processor also has 8-core CP, as well as an 8-core integrated GPU. There are four high-efficiency and high-performance cores in the CPU. According to Apple, the CPU of the M1 chip is 2.8 times faster compared to that of its Intel counterpart. The GPU is 5 times faster than the integrated graphics in the Intel version.

The M1 and Intel MacBook have similar stereo speakers that have a good range, wide sound, they both support Dolby playback. However, the difference is in the microphone, as Apple revealed that the M1 MacBook has a studio-quality microphone with a good signal-to-noise ratio. The Intel version doesn’t have this.

So should you trade your MacBook for this one? For most Apple users, it is obvious that the M1 MacBook is the best choice.

It offers better battery life and performance.You will have to live with fewer ports than the Intel model – and if you do not mind, it is the better option as it is less costly.