In the world of creatives, video editing can be a very power- and resource-hungry task to accomplish. To edit video properly as above standard HD resolutions like 2K would require a fast, multi-core processor, blazing SSD storage, an ample amount of RAM, and a mid-tier discrete graphics card.

However, what about editing at the eternally glorious 4K resolution a budget. Now, that is a bit of a head-scratcher, but with the tips in this article, you should be able to pull it off.

Note: A quick tip for anyone looking to build a budget pc for video editing would be to prioritize getting a multi-core processor. The more cores you have, the faster you encoding, transcoding, and rendering processes will be.

The next most important thing is your storage drive. You should ensure that you get a fast SSD for your 4k video editing pc to ensure that your CPU can get data from the drive as fast as it needs it. You should also have a big enough hard drive to store your files that don’t need fast retrieval.

Lastly, you need as much fast RAM as you can get. The least you should aim is 16GB of DDR4 RAM @ 3200MHz. 16GB of RAM ensures that your RAM can keep enough data in its fast memory during the editing process.

There are two tiers under the 4K editing pc category; The Under-$500 Entry-Level PC and The Under-$1000 4K Editing Powerhouse.

We would only list the components for the entry-level editing pc here and would go into detail for the under-$1000 powerhouse.

The Under-$500 Entry-Level PC Components

The Under-$1000 4K Editing Powerhouse

Now it’s time for the big dog of the budget editing pc world. 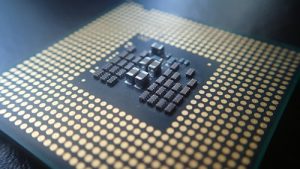 While the Ryzen 7 3700X doesn’t come equipped with an integrated graphics card, this powerhouse makes up for it with the GTX 1660. Editing software like Premiere Pro and After Effects (especially this one) benefits greatly from having a discrete graphics card to pull from.

With advanced technology, graphics cards can improve your render times by up to 500 percent what you would have without one. This is definitely a must-have for any 4K editing pc.

32GB of RAM would be more than enough to ensure that you never run out of RAM while working with high-resolution 4K files during the editing process.

The case is not a flashy one, but it is an effective one as it allows better airflow and keeps the entire pc cool even under heavy workloads. The quiet fans also help to ensure that your pc stays cool no matter what.

Depending on your budget, you can still decide to go higher with the specs. You can, for instance, swap the GTX 1650 graphics card for a 1650 Ti, which has some impressive performance boost over the non-Ti edition. The motherboard also allows for more RAM and more powerful processors to be added.

Of course, you need to set some money aside for an HDD drive if you don’t have one already.

The entire configuration of the Under-$1000 4K editing powerhouse listed in this article is capable of giving you all the performance that you might need, especially on a budget. If you don't lie the outcome you can sell desktop PC and build a new one from scratch using our guide.