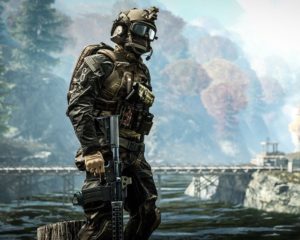 Nvidia in a very surprising fashion dropped several mind-blowing news about the RTX 3000 series which is slated to drop towards the end of the 3rd quarter of 2020 and the beginning of the 4th quarter. The RTX 3000 is an obvious love letter or perhaps a middle finger to the upcoming PlayStation and Xbox consoles.

The graphics cards in the next get RTX 3000 series include Nvidia Geforce RTX 3090, GeForce RTX 3080, and GeForce RTX 3070, as well as other upcoming Nvidia GPUs.

Here are what you should expect from the 3000 series:

The major reason why the new RTX 3000 series Nvidia cards are claimed to be so powerful, thermally efficient, and moderately priced is because of the rumored ampere architecture. The ampere architecture is Nvidia’s first 7nm GPU or 8nm for the consumer parts. This significant shrink in transistor size has allowed for a massive leap in GPU performance. This is largely due to a couple billion more transistors now being packed in a single Nvidia graphics card.

The ampere architecture is a birth child of the collaboration between Nvidia and Samsung to build more power efficient and yet incredibly powerful GPUs. A higher number of transistors means that the GPUs will produce significantly more heat. Thanks to Samsung’s help, Nvidia and Samsung were able to come up with a new and improved cooling solution.

While there are a lot of things to say about the specs of the RTX 3000 series, we would stick to the basics:

With the 12-pin power connector expected to come with Nvidia’s own models, it is expected that the RTX 3080 for instance would double the performance of the RTX 2080. What excites a lot of consumers is the claim by Nvidia that the RTX 3070 is more powerful than the RTX 2080Ti for half the price. That is simply insane.

For workloads that include raytracing and DLSS, it is expected that the performance difference between the RTX 3080 and the RTX 2080 will be significantly wider.

In terms of pricing, there is a reason for you to get excited. The most expensive GPU in the RTX 300 series is the GeForce RTX 3090 which is effectively going to replace the current Turing generation’s Titan GPU. The RTX 3090 is set to go on sale for $1,499, making it the most expensive single-GPU GeForce card ever made by Nvidia.

The final verdict is not out on these cards yet. No one has been able to get their hands on them. One thing you can be sure of is that these next-Gen GPUs from Nvidia are about to be game-changers, literally. This will help companies trade electronics in the gaming sector in larger quantities than ever.