Are smartphones replacing laptops and desktops? 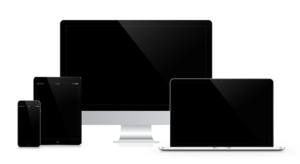 Image by from Pixabay

The world of smart devices and computer is rapidly growing with an average of one out of three persons owning a smart device. Smartphones are leading this revolution, and it doesn’t look like the numbers will stop growing anytime soon.

Did you know that 67% of the world population uses a smartphone to access the internet? This fact alone is proof that there has been a continuous shift in the usage of PCs and laptops over the last five years.

Last year, 1.56 billion smartphones were sold compared to 94.4 million desktops, 162.3 million laptops, and 150.3 million tablets that were sold in 2018. These statistics show that the demand for smartphones is ten times more than that of other smart devices.

Most of the population today, especially those between the age 14-24 own more smartphones than any other device.

What does this mean for laptops and desktops?

The high demand and usage of smartphones and the ability of current models to do almost everything a laptop can do combined with its portability have reduced the need for a PC.

With mobile phones able to reach high processor speeds of 2.9GHz and have storage capacities of 1TB available, people have found more reasons to purchase smartphones than laptops.

Samsung just added a new feature to its new S10 series called the Samsung DeX. This new feature allows you to use the Samsung device as a desktop computer by connecting it to a monitor. With features like this, I can see less demand and production of laptops and desktops in the future.

Can smartphones replace laptops then?

I don’t know what the future holds but smartphones replacing desktops is possible, but I can’t say the same for laptops. There are still certain functions that a laptop can execute which smartphones can’t.

For example, things like programming, video production and editing, CD burning, and graphics designing, amongst other complex activities, cannot be done on a smartphone. The storage capacity of a smartphone is also limited compared to that of a high-end laptop. Current laptops have RAM capacities as high as 32GB and Hard drives of up to 5TB compared to most high-end smartphones with a maximum of 4-6Gb RAM and a storage capacity of 1TB.

Most IT companies have predicted the replacement of laptops with smartphones, and while that might be feasible in the next 50 years or less, I don’t see it happening anytime soon.

Most flagship phones have impressive features that best the features of desktops and laptops from 5 years ago. However, there will still be highly important functions that will only be executed on a laptop hence prolonging the relevance of these devices.

Yes, other smart devices apart from smartphones will continue to decrease in demand, but when it comes to the total replacement of PCs, I feel it’s impossible. Well, unless smartphone manufacturers find a way to input all these features in a smartphone without making it bulky, then laptops and desktops will always be in use. When you decide to use only a smartphone you can sell your laptop to us worry-free.