Google's Pixel 3 "Lite" Will It Be Well-Priced?

A video was recently put out by a channel called Andro News, that showcased the upcoming Google Pixel 3 "Lite", or whatever they are calling the inexpensive, cheaper, Pixel 3 that's launching in the Spring.

This is a device that's obviously focussed on price. It's a device that has a plastic back and a plastic chassis, and compared to the original Pixel 3 or Pixel 3 XL, these devices have glass backs and a metal chassis. They look nice, they are more premium to hold, but they are more expensive. A plastic phone is cheaper and they can still be awesome. They're durable, their backs don't shatter, they are lighter, and they're less slippery. 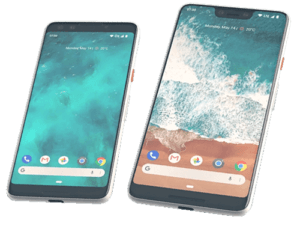 In order to get this phone to be as cheap as possible, Google is going to be doing a couple things tot hr Pixel 3 Lite. It's supposedly running a cheaper mid-tier SOC from Qualcomm. It'll be a Snapdragon 670, it's going to run with 4GB of RAM, 32GB of storage. There's no way to spin it, a Snapdragon 670 is going to be a slower chip than a Snapdragon 845. It's going to have slower processing, slower LTE speeds, but it's still a fast and efficient 10-nanometer chip. I think for the most people that aren't hardcore phone gaming users, this will suffice just fine and you won't be able to tell too much of a difference between the 670 and 845.

The panels on the Pixel 3 and the Pixel XL are OLED panels and they are some of the best-looking screens that Google has ever put on any of their devices.

The Pixel 3 Lite is supposed to be running an LCD panel. There's nothing really inherently wrong with LCDs, we've seen some really nice-looking LCDs out there, but they do tend to be not as nice as an OLED panel.

There's also a difference int he audio setup. On the Pixel 3 and Pixel 3 XL they had stereo front-facing speakers that sounded pretty good. The cheaper Pixel 3 Lite doesn't have stereo speakers. It only has a mono speaker on the bottom, but it has a headphone jack. This is crazy because this was a feature that was removed from the Pixel 3 from last year, and to see it come back in the cheaper version is kind of weird, but it's nice. It seems that Google recognized the value of that port for those around the world.

There seems to be only one front-facing camera on the Pixel 3 Lite. You're probably going to lose the wide-angle focal length and the portrait mode for selfies. The rear camera is supposedly really similar, if not the same, to the original Pixel 3 and Pixel 3 XL cameras, and those were some excellent cameras. It'll also be using Google's picture algorithms and chances are it'll be shooting some really nice photos.

So we have a device that has a good camera, headphone jack, good software, and it has a lot going on for it, but the price point is where this leans very heavily. If Google was very aggressive with their pricing and priced it at around $400-$450, then it will fly off of the shelves. Since they have to compete with companies like OnePlus, it's going to be really hard for this phone to be picked up on mass if it's not priced really well. However, since it's Google you should probably expect to see about a $500+ price tag attached to this guy. But have no fears because you can sell your phone for extra cash anytime you want with SellBroke and earn extra money for whatever you want.