Ever since Apple came out with the Retina it seems like the world forgot about the regular MacBook Pros. Especially the 15” version. While the Retina MacBook Pro definitely features an awesome screen. Is thinner than the previous generation and also has SSD storage. We can discuss why you may want to still consider the regular 15” MacBook Pro.

First up we have to of course consider the prices. The Retina started for about $2,200 USD. But it’s pretty common to be able to pick up a brand new older model on clearance online for around $1,400. That’s about 1/3rd less and a savings of around $800. I don't know too many people that aren’t down with saving money. The performance between the two are very vast. So you’re not giving up much in way of performance by buying an older MacBook. 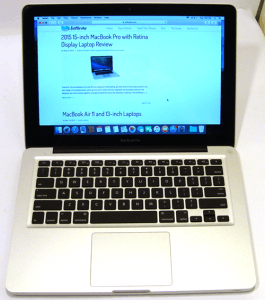 Next up is the hardware. On the regular 15” MacBook Pro you have a battery charge indicator. Some people (like myself included) like to be able to quickly glance at their closed device and know how much battery is remaining. This feature has been abandoned with the Retina versions. Another piece of hardware that’s much more noticeable is the 15” Pro has a DVD optical drive. Yeah, many people stream all of their movie media and entertainment. But the DVD drive is good for cameras and devices that come with CD loading software. Also if you still have a DVD collection you need a place to use them, so with the optical drive you’re set. Having an external DVD drive is pretty much a pain in the neck and wifi may not always be available; especially when traveling.

A lot of people are only using wifi these days but it’s nice to have an actual physical ethernet port to plug into as well. This is important if you need a better connection or better security of your information. Who wants to get a adapter dongle from ethernet to Thunderbolt?

Up next is the IR receiver. The Retina MacBook Pro doesn’t have an IR receiver at all; however, the regular Pro does. It is used for managing presentations and media via the Apple TV remote. Getting back to the DVD drive, if you’re using your Mac as a DVD player hooked up to your TV you have all remote access there and ready (remote sold separately). The Retina also did away with the external sleep/status indicator. So you can’t just glance at your machine when it’s closed to see its current status. 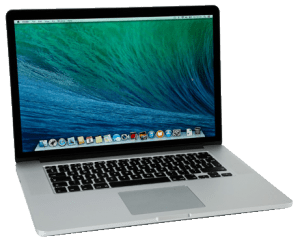 Probably the biggest difference between the regular MacBook Pro and the Retina Pro is the ability, or lack thereof, to be able to make any adjustments. If you decide that you want to upgrade your drive or RAM, then think again. With the Retina versions of the MacBooks that’s just not an option. Plus, since they are getting thinner and thinner there’s just no room for any upgrades. For example, with the regular MacBook Pro you can upgrade the RAM to 16GB even though Apple doesn’t officially support that. You can also swap out a SSD for the HDD.

Maybe the best option available is the fact that you can remove the optical drive and replace it with a SSD. That way you can have 2 hard drives in your MacBook Pro. An example setup could be: 128GB SSD, Samsung SSD with 830GB and the regular 500GB hard drive. And you’re rocking a complete fast and quick set-up with mega space for storing large files. 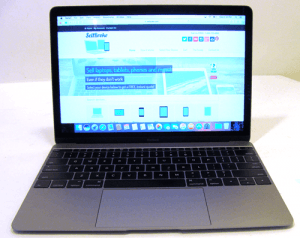 So there are a few points as to why you may want to consider a regular MacBook Pro and not a Retina Pro. If you’re really worried about the HD screen it’s best to buy an external IPS monitor for under $200 and hook that up. Not only do you get a bigger and better monitor. But you’ll also save at least a few hundred dollars by doing it that way. So next time you’re out there seeing what’s being sold on the online market, make sure to weigh all of your personal desires and compare them to your options. Buying and selling MacBooks has a huge space out there in the computer sales world.Take advantage of it.

Whichever model you choose or can afford you won't be disappointed. All modern Apple laptop are great machines easily beating most of competition. One thing people complain about is the cost of repair in case if something breaks. Some find out that it's easier and cheaper to sell defective MacBook laptops instead of fixing them. Extra cash can be used to buy a new laptop.