How to Mine Bitcoin Using a USB Stick 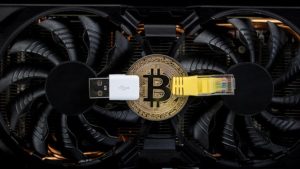 One of the ways to create your Bitcoins without having to trade them is to mine them. And you must understand that generating Bitcoins through a USB stick is one of the original ways of mining Bitcoins. And if you intend to make money or profit off of Bitcoins, you should avoid it.

However, it is essential to know how to mine Bitcoin is done without putting much energy into it. In the early days of Bitcoin tech, USB Bitcoin miners were a huge deal. Before it, people used only the CPU to mine for a short period. USB mining then came into existence and gave a massive boost to Bitcoin mining.

As time went on, it became more difficult to mine Bitcoins using high-powered devices. And now, if you want to use a USB stick to mine, it will take a very long time to reach three decimal digits. However, they are excellent and cheap options if you want an introduction to mining.

How to Mine Bitcoin on Your Laptop For Free

USB stick – It is the device that will do the actual mining tasks. You can use a USB for Bitcoin mining with just a direct connection to the laptop. Although if you want to handle serious mining tasks, you need an ASIC device.

There has not been many new USB technology for Bitcoin mining in the last couple of years. However, there are three excellent USB mining sticks will do a fantastic job:

Let’s take a look at each of those a little closer.

This device mines as much as $0.15/month and comes out with a hashing power of 8 giga-hash per second. This means you will make your first dollar within the same year instead of other USB mining sticks that will take years before you earn.

Tip: The fastest of the three

This USB miner has been around for a very long time.  Also known as the ASICMiner Block Erupter USB Sapphire Miner, it is one of the first-ever created USB miners. You are sure to get up to 330MH per second. The profit is about $0.01 every month, making your first dollar after eight or nine years.

Tip: The most reliable of the three

This is by far the easiest and cheapest USB miner. An instant connection to a PC will begin your Bitcoin mining. Unfortunately, like most USB Bitcoin miners, it is very slow and may take a whole year to make one dollar. It features about 3.6 giga-hash per second of mining power, and is a good deal.

Tip: The most affordable of the three

How Does It Work?

Several USB sticks are plugged in with the correct software to start the mining process and improve hashing output. For instance, if a USB stick offers 335 mega-hashes every second, connecting six simultaneously will cumulatively generate two giga-hashes of power.

Software like MinePeon, MacMiner, and Asteroid can easily monitor the progress of USB crypto mining.

There are different types of Bitcoin mining software depending on the operating system you want to use. The software you choose happens after deciding on the best USB mining stick for you.

Just like physical wallets, a Bitcoin Wallet is where you can safely store your Bitcoins. They, in turn, provide a miner with a unique key you can use to process transactions- that is, receiving and sending Bitcoins. Choosing a Bitcoin wallet is complicated and should be chosen with care. They are either offline or online, virtual or physical.

This is an essential aspect of mining Bitcoins. A mining pool is a group of crypto miners who wish to mine larger Bitcoins blocks faster and share the rewards afterwards.

If you want to understand the basics of mining cryptocurrency, using a USB miner is your best bet. However, you should not expect significant profits with this method of mining. But one of its perks is that it is easy to set up and understand, while being inexpensive and not complicated at all.

How to Mine Bitcoin on Your Laptop For Free 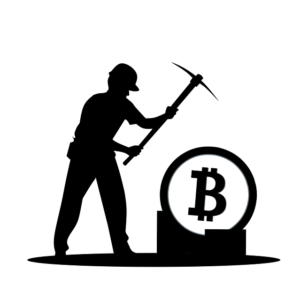 There are several ways for Bitcoin enthusiasts to mine on laptops.

Mining is a process that lets you unveil new Bitcoin by deciphering difficult mathematical problems.

You can liken the process to how miners dig for gold, except that Bitcoin miners need to set up several nodes of high-powered systems to look for the verification key quickly. However, miners have to constantly verify several Bitcoin transactions simultaneously using Blockchain to keep them locked.

Bitcoin miners will be given several problems to work on and solve. Afterwards, they are compensated with a couple of newly created Bitcoins.

Bitcoin mining is a process of hash confirmation that validates Bitcoin transactions. After the transactions have been validated, miners are responsible for securing the Bitcoin’s network ledger. The hashes measure the speed of Bitcoin mining per second.

A miner can use a previous hash to begin the process of a new transaction to the node network, producing another Bitcoin block. Miners will then confirm the accuracy of the new block, then network approves the transaction.

After all these processes, the miners are then compensated through the network, and the mining pool provides newly made Bitcoin for every miner.

How to Mine On Your Laptop For Free

Bitcoin mining enthusiasts should know and have these important things at hand before deciding to mine. The first step is to set up a Bitcoin wallet. The second is to create an account to store your earnings. Third will be to create an encrypted bank account to transfer your earnings instantly.

Then, you will install and set up free Bitcoin software on your laptop. Finally, you link your Bitcoin wallet to your Bitcoin mining account.

Setting Up Your Bitcoin Wallet

This process is one of the miner’s primary objectives before beginning the Bitcoin mining process. The wallet will easily let a Bitcoin miner save, receive and send Bitcoins securely; and prevent any possible risk exposure. These wallets will contain every Bitcoin, from the smallest unit to thousands.

Creating a wallet must include a valid email address before installing any mining software on your laptop.

A lot of these software works well on Raspberry Pi. And depending on your mining setup, this software can be moved with some adjustments. Mining software also observes the Blockchain’s input and output; and shows average data for

BTCMiner– An open-source miner with a USB interface for interaction. Its process is fully automated. And measures the frequency of its dynamic based on its error measurement.

EasyMiner– A GUI free Bitcoin miner for Android, Windows and Linux. It is super transparent, has a user-friendly interface, and automatically configures your mined Bitcoin.

50Miner– A Window-based frontend miner. All you need to mine with this software is a password and username. It automatically mines with a minor hardware tweak.

After installation of a free mining software and wallet is complete, joining a Bitcoin mining pool is the next thing to do. A mining pool is a group of miners that work together to unravel a block. After the problem is solved and a new Bitcoin block is created, the mining pool divides the rewards.

The importance of a mining pool is to reduce the time it will take to mine Bitcoin. Usually, it may take a single miner more than a year to mine one Bitcoin and never earn from it. It makes more sense and is more suitable to distribute the effort of every miner within a pool. Each member can afterwards divide the reward among the larger Bitcoin miner group.

If you wan to try you can sell your laptop to us for cash and use it to build a mining PC.