The New Alienware R5 and R6 Review: More Than a Sleek Design 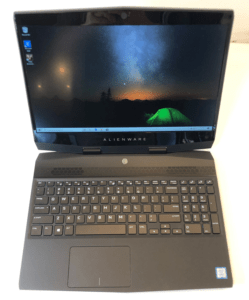 Alienware has released new gaming laptops, with both having more similar features. The R5 and R6 are the newest releases from Alienware, and the significant difference is that the R5 comes with AMD components, while the R6 is configured with Intel components.

Asides from these configurations, the two products are the same for design and aesthetics. It is a new chassis compared to the R4 and some of the changes and features that we have wanted have come with these laptops.

While Alienware implemented some of these changes, a couple of them are questionable.

Starting with the aesthetics, the laptops only come in a dark grey color, and it looks so lovely. It feels good to get a change from the usual plain black colored gaming laptops. Though some of the recent Alienware laptops like the R4 offer a nice white color looked cool. Even if you are not a fan of the white color, the fact that Alienware attempted to stand out and stick out an option that looks different from the sea of gaming laptops make it unique.

However, they removed the white color option from the latest R5 and R6. In terms of weight and thickness, it is a little thicker than the R4 at 22.8cm. The R5 weight is about 100g heavier than the R4 at 2.63kg, although it isn’t easily noticeable. It is still a reasonable portable device. The R6 weighs 2.69kg, which some users will classify as hefty.

In general, there is a feeling that the R5 chassis has had a lot of bonus features stripped away compared to the R4. These features made Alienware laptops unique. They got rid of graphics in port, the Mini display port, the MicroSD slot, and even the RGB trim is slightly smaller than the R4. With all these changes, there is less prominence and vibrancy compared to the R4.

The display is an upgrade, as it is better, faster and brighter than previous Alienware laptops. It offers better gaming and viewing experience, and the plastic bezels have been trimmed. The 15.6-inch display comes with a refresh rate of 165Hz, the G-Sync from Nvidia, and 1080p full-HD.  There are 360Hz refresh rate FHD options and a QHD version with a 240Hz refresh rate.

The keyboard has experienced a slight change in texture and feel, as it feels a little softer to type on the R4. The media keys have been moved to the right, making sense as you can physically control your volumes. There has also been a change in the shift key, which has been moved to the right. If you loved the Alienware keyboard in the past, you would like this one. However, there is the Cherry mechanical keys version for both laptops.

The touchpad, however, sucks a bit. The R4 had a smoother touchpad with a better click. The tap mechanic is also not the best, as you get an audible sound as you tap the touchpad. The click is not also as firm as the R4.

For the R6, there is a GPU option from the RTX 3050 to the RTX 3080. It has the 11th Generation Intel processors, with options ranging from the Core i5, Core i7, to the Core i9. Both laptops come with up to 32GB memory option and up to 4TB of storage.

The connectivity options in the R5/R6 are not as bad, with the left side housing the Ethernet port and a headset jack. While the right side houses two Type-A USB ports. However, you will find most of the ports at the rear, with a Type-A USB port, a Type-C USB port that doesn’t support Thunderbolt, an HDMI output, and a power jack.

The battery life is the same size as last year’s model, coming with an 86W battery. It lasted for about 5 hours, making it slightly better than last year’s model that clocked 4 hours 30 minutes.

With the competition getting stiffer, Alienware could do better with the R5/R6 laptops. However, that doesn’t mean it is all about aesthetics and a sleek design.  You can trade in laptop that you currently have for cash with us and buy the new Alienware.

Some of the features you will enjoy with these latest Alienware devices include a better display option, better battery life, and top-class performance.

The R5/R6 are decent midrange laptops that deliver well for gaming and creativity.