Apple’s Upcoming M1x Macs: Everything You Need To Know 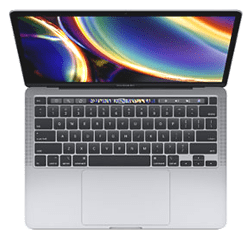 Apple is set to launch a second silicon processor called the M1X; it will follow the first M1 chip. According to reports, the latest MacBook Pro will feature the M1X chip, although we have not gotten official confirmation yet.

The nomenclature of this chip that will be a successor to the M1 chip has not been confirmed. However, some Twitter accounts have suggested that it will be tagged as the M1X. Some other accounts and sources have reported the name as the M2.

Although the name might still be up for debate, it has been generally accepted that a better and more powerful Silicon processor than the remarkable M1 will feature in the latest Macs.

If the rumours are true, the M1X could rise above Intel and AMD in processor performance for laptops in the MacBook Pro's category.

The latest MacBook Pro is expected to come with the M1X chip for the first time, even though the launch date is yet to be revealed.

There have been reports from different quarters indicating when the MacBook Pro will enter volume production, putting it at Q4 of 2021. If the reports are accurate, it means that we wouldn't see the M1X chip officially revealed until the latter part of the year.

Even if the MacBook Pro doesn't arrive by Q4 of 2021, there is a good level of confidence that Apple will launch a laptop with the M1X before 2022.

With the M1X chip projected to be remarkably powerful, performing way better than the M1 chip, it is imperative to look at how the specs to see why.

The M1X reportedly comes with some mouthwatering firepower for the graphics output, with its rumoured variants of 16 graphics core and 32 core for graphics. The M1 features a max of 8 graphics core and still offers a top graphics performance.

According to the Dave2D YouTube channel, the estimated graphics power for the 32 GPU core variation is about the same as what the RTX 3070 offers. The RTX 3070 is only surpassed by one GPU from Nvidia in terms of power. If this information is accurate, it will be massively impressive. It will see the M1X become a system-on-chip instead of discrete GPUs like the GeForce.

Although we are yet to confirm the specs' accuracy, early indications show that the M1X is on course to become a powerful CPU when officially launched. While it also features a top graphical grunt that competes with premium discrete GPUs from Nvidia and AMD.

If the M1X specs in the reports are accurate, it will be an exceptional chip. It will not only offer a top-class CPU performance, you will also get an excellent graphics performance. It is an impressive achievement if you consider that the laptop won't have a discrete GPU.

The presence of Apple Silicon in the latest MacBook Pro, and the level of power in the M1X chip takes the laptop to an entirely new level. However, the only potential drawback will be how much the chip will cost manufacturers, as it could affect the final prices of Macs. Although the MacBook Air didn't cost much despite having the M1 chip, which means we can expect to see Apple gives us great value with the MacBook Pro.

There have also been rumours that Apple is already planning on a follow up chip for the yet to be released M1X. The follow up is expected to drop in 2022, which means we are in for fun times with Apple.