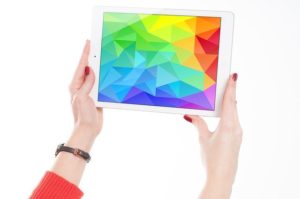 Image by William Iven from Pixabay

Apple delivered a must-have tablet for its enthusiasts with the new iPad Pro. The latest iPad is easily the top tablet you will find in the market.  It comes with enormous power, a gorgeous display, a host of upgrades from the previous version, and a great all-around experience. What you get with the new Pro is an unmatched tablet experience.

However, the new iPad isn’t built for everyone if you consider the premium pricing and the large size. If you are looking for a tablet that can function almost as well as a PC, then this iPad Pro is the most suitable device for you. If you can handle the large screen size and the premium price, what you will get is a tablet that has next-gen power levels, a lovely display, and every other element you have always loved in Apple’s tablets.

The brightness level of its latest Liquid Retina Mini LED XDR display is a first of its kind. The tablet easily compares to the Galaxy S7 Plus Tab from Samsung, which was seen as the benchmark for tablets display last year. You will enjoy watching movies on the iPad Pro’s screen, and you can execute daily tasks efficiently.

The M1 chipset from Apple means that the device harbors a high power level, a first of its kind in any Apple tablet. You might ask yourself if this tablet is for you, which the answer is probably a no. however, if you are the type that wants a tablet with a never-seen level of power among tablets, then the newest Apple iPad is for you.

Apple maintained the same design as with previous versions of the iPad. It still has its sleek look that feels durable and premium. The iPad perfectly blends a great look with its high level of functionality. The latest iPad Pro has an extensive design with enough screen space.

The iPad has a frame and rear made of aluminum, while in front, there is scratch-resistant coating glass. However, you are advised to get a case for maximum protection against scrapes and knocks.

The tablet has four speakers, with two at the bottom and the other two at the top. There is a Thunderbolt Type-C USB port at the bottom. The edges are sleek, and the edges on the right side recharges Apple’s Pencil, and the top edge harbors the volume.

Apple upped the game with the display on its latest tablet. The 12.9-inch display has the Mini LED tech, which means improved brightness and crisp images. Apple called it the Liquid Retina Mini LED XDR screen, and it offers a premium viewing experience. The refresh rate is 120Hz, and the peak brightness comes way high at 1600-nits. It has 2048 by 2732 resolution, and it is great for editing videos, watching movies, scrolling through social media and gaming.

The latest iPad Pro produces a performance level that has never been matched in the history of tablets. The M1 chip is Apple’s latest offering, and it has been included in its tablet for the first time. An everyday user might not notice the increased power levels. Still, users who demand more from the tablet through video editing, drawing, and other power-demanding tasks will notice the jump in power levels.

There are two RAM options at 8GB and 16GB. The smaller storage options from 128GB to 512GB get 8GB RAM, while the 1TB and 2TB storage options get 16GB RAM. There is no MicroSD slot, which means you have to consider storage size when making a choice.

The tablet gets the 5G connectivity which is a first, and the Type-C USB slot supports Thunderbolt, which is also a first from Apple.

There is a 12MP camera at the rear, which is good for daily tasks and nothing exceptional. It also has the 10MP rear ultrawide camera if you want more from the shot. There is also a 12MP camera on the front, which sits on the top bezel.

The latest iPad Pro offers a lot that almost gets excessive. From the power to the display, you get an overwhelming option as you have never experienced. However, it might prove too much for users that only want a regular tablet. If you want a tablet that can almost function as a PC, then the iPad Pro 2021 is for you.

The device is not a cheap one, and the size isn’t regular. But it doesn’t stop its excesses at that; it continues by offering top-level performance.