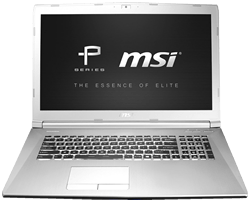 Without a doubt, the Dell XPS 13 is a powerful ultrabook, but its pricing stalls its value. While MSI has gained a reputation for building gaming machines, they have also attempted many times to create something outside their specialty.

With several attempts in the past, the MSI Prestige 14 Evo is the latest attempt to create a reputation outside of gaming. This is an ambitious try and one that comes with a great value, especially when compared to the Dell XPS 13. For this one, MSI worked with Intel, using the 11th Generation Tiger Lake CPUs, and the latest Evo certification.

The Prestige 14 Evo is a productivity ultrabook, but it has its limitations - like the dim screen and the quiet audio. Other aspects like the display and the great webcam complement the strong performance to offer great value, making these limitations something we can forgo.

Let’s get a little deeper into what makes the Prestige 14 Evo offer great value.

The Prestige 14 Evo is constructed with aluminum and this gives it an all-around solid feel. Although, this solid feel is with an exemption of the display, which has flex with pressure. Asides from the display, every other part feels sturdy enough, with the chassis and keyboard deck giving off that feel the most.

Although it is not as great as the Dell XPS 13 in this regard, the build and design don’t come off as cheap in any way but the lid could be firmer.

It also has an attractive color range, coming in Rose Pink, Carbon Gray, as well as Pure White. This is a 14-inch laptop, but it is light and thin, weighing only 2.85 pounds and having 0.63 inches thickness. The hinge is sturdy enough and well built, as you can i=open the laptop using one hand, and it wouldn’t have a wobble.

The MSI Prestige 14 Evo has a 1080p IPS display and an aspect ratio of 16:9. The aspect ratio is another aspect where MSI could have done better, as others are fast-moving to a 16:10 aspect ratio. Another disadvantage of the display is the brightness, as it maxes out at only 228 nits. This falls short of the 300-nit for premium laptops. This dimness means it is not the best outside or in well-lit rooms.

The sRGB sits at 97%, while the AdobeRGB is 73%. Although some premium laptops already offer up to 100% for both, which means the Prestige 14 Evo is not the best option for creatives.

On a balanced scale, the display is great when you are doing some productivity work and streaming some movies in a not-so-bright environment.

The 512GB SSD and 16GB of RAM also combine well to boost performance in the Prestige 14 Evo. The performance level of the Prestige 14 Evo is better built for daunting tasks than basic tasks. The Intel Xe graphics is also another gift from its latest Tiger Lake, offering more than any other Intel integrated graphics to ever exist.

MSI goes with the usual island style for the keyboard, as it has comfortable spacing within the keys and good travel. Although the touch is a bit soft, making the touch too light which mostly reduced accuracy and speed of typing. The keyboard is not as great as what you will find in the Dell XPS 13, but it is quite decent.

The touchpad is wide, although it travels too deep when pressed. It requires extra touch to get a click. The click is quiet but it could be firmer. However, the touchpad responds to all windows 1o multiple gestures.

Port rage could be better, as it seems a bit light for the laptop’s class range. On the left, there are two Thunderbolt-4 ports and one USB Type-A 2.0 port. On the right, there is an audio jack (3.5mm), and a microSD slot.

Evo’s certification comes with at least nine hours of battery life while carrying out the usual tasks. Tests have shown that the Prestige 14 Evo is likely to do so, although barely.

The Prestige 14 Evo is MSI’s latest offering to a regular laptop, and it performs well for speed of performance. The battery life is also decent, although the display and build could be better. However, when considering the price which is under $1,200, you will realize the value that it offers. If it's too much you can get extra cash from selling your old laptop to us.