iPhone 11 Vs iPhone SE: Which Should You Buy? 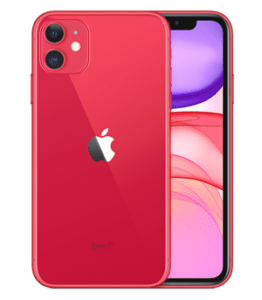 Both phones come out off as relatively budget-friendly but what makes them different? Is the iPhone 11 worth buying over the iPhone SE despite costing more than it?

There are key differences between these phones and we look into them to help you decide which one to buy. Although the phones have a similar mobile processor and other features but is the iPhone SE a better value for money?

Apple launched its smallest ever iPhone with the iPhone SE last year. It came with a 4.7-inch screen size and has a screen-to-body ratio of 65.4%. The home button and the camera found a place to stay but this meant that the bottom and top of the screen had to be cut off. It has a 750 by 1,334 pixels HD display.

For the iPhone 11, it is quite different. It came with a way bigger screen size at 6.1-inch, it also has a better resolution than the iPhone SE with an 828 by 1792 pixels resolution. The screen-to-body ratio comes at 79%, which is significantly higher than that of the iPhone SE. The only cut-out was to accommodate the front camera. Like every iPhone from the iPhone X up till now, there is no home button on the iPhone 11.

Display-wise, the iPhone 11 is better and bigger but the iPhone SE offers more compactness. If you miss the home button, you should go for the iPhone SE.

When Apple started marketing the iPhone 11, it was majorly centered on photography. Therefore, it is only expected that it offers great camera settings.

There is a 12MP wide-angle camera behind the iPhone SE and a 7MP front camera. However, you will not find fun features like portrait mode, portrait lighting, Smart HDR, and depth-control on the iPhone SE.

Meanwhile, Apple added a 12MP ultra wide-angle camera to make it two at the back of the iPhone 11. The front camera is also a 12Mp higher-resolution camera. All cameras on the iPhone 11 can record 4K video.

When it comes to the camera, the obvious option between these phones is the iPhone 11. There is an additional back camera and a higher-resolution front camera. Although for casual photographers, the iPhone SE camera satisfy. As it has its fair share of features for creativity.

A 1,821 mAh battery is what you will get with the SE. meanwhile, the iPhone 11 has a 3,110 battery which is obviously way bigger. According to Apple, the SE’s battery will match that of the iPhone 8, lasting about 13 hours for video playback. Meanwhile, Apple revealed that we should expect about 17 hours from the iPhone 11 battery.

You will get fast charging on both phones as they both have the 18W adapter that charges the battery to 50% in only 30 minutes. They also both support QI-wireless-charging.

The SE does well with both wireless and fast charging features but the iPhone 11 topples this category with longer hours of battery usage after charging.

The SE and the iPhone 11 both have the same OS in them, which is OS 13. Therefore, the SE offers you the latest OS from Apple but at a way cheaper price compared to the iPhone 11.

The OS 13 has the portrait lighting-control feature and the dark mode that allows you to put lighting effects on the portrait mode pictures.

Although the size of the phones might mean that you enjoy the OS 13 in different ways. The SE is the smallest iPhone in the market. The iPhone 11 screen is bigger and offers you more space to experience the OS 13.

Both phones come with the A13 Bionic-processor. Apple claims that this processor offers 20% more speed than the A12 and requires 25% lesser power than the A12. This means the battery life will last longer.

The A13 is also what you will find in the pro version of the iPhone 11, therefore it is impressive that the SE has such a processor.

Although when it comes to power, the iPhone 11 edges it out with 4GB RAM as the SE has 3GB RAM. While both phones have the same powerful processor, the extra power offered by the bigger Ram will benefit users that spend more time on their phones.

Apple did well for the Phone SE by giving it a powerful OS, which means you do not have to pay a premium to enjoy the greatness of the A13 Bionic.

If what matters to you is the camera and a phone that lasts longer through the day, then the iPhone 11 is for you. The iPhone 11 is the obvious winner in this, but the iPhone SE is a great alternative that saves you more money while also offering you an excellent experience. You can sell iPhone 11, buy an iPhone SE and pocket a couple hundred dollars.