What are the Most Fun Games for iPhones? 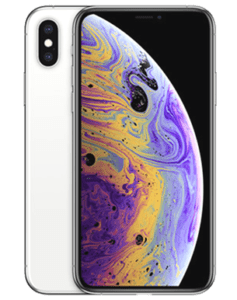 In an era where gaming devices are getting more popular, the iPhone is getting more games and as a mobile gamer, it is the best time to get an iPhone. There are over one million apps available for download in the app store, and the games are available in thousands.

Finding games for your iPhone is not the easiest thing to do all the time. Some games cost more than usual and not all are worth the time you have to invest.

You are in luck, as we have decided to do all the work for you. We have navigated through the numerous games on the iPhone to bring you the best and fun-inciting ones. No matter the kind of game you want, maybe an epic one or a causal one, our list serves all of your needs.

Android phones might have more options but the Apple store has games that offer limitless fun if you carefully search for them. We know that many users lack the patience to scroll through the many options in the Apple store, so we have helped with the work.

Users that subscribe to Apple’s games should go through our list to see the best games available on iPhone.

Here are some of the most fun games that you can get on your iPhone.

The biggest sport in the world is football or soccer like it is called in the USA. It is only right for the game to have a strong representation on the Apple store.

FIFA Football gives you several options such as creating an ultimate team that allows you to build your team from the players’ pool around the world. You can access bonuses available in different countries, league, and team. Also use your team to play against teams that are controlled by the computer or some other players in various leagues around the world.

You can train your players and participate in several live events around the world that are set to coincide with world matches happening in real-time.

Because most people have other things happening in their lives and only have limited time to play games on their phones, one of the best games is the Ingress Prime that you can play while moving.

The Ingres series has several games under it and the Ingress Prime is only second on the list of games in the series.

Ingress Prime tasks you with collecting exotic matter so that your faction will have control of the world. You have to take charge of portals and form a link between them to create more control fields that help you have absolute control.

Subway surfer has become popular over the years and a lot of people play the game. It is available on the Apple store and the never-tiring runner is arguably the best casual game under the fun genre. The task is easy – run through the subway, collect coins as you jump through cars and avoid different falls. It might sound and look simple but it is fun and requires skills to manoeuvre.

This game is all about tattoos and a lot of fun. In real life, you need special skills if you want to build a career in the tattoo field. In this game, all you have to do is to interpret your customer’s chosen tattoo and find a way to build your business. There are numerous tattoo styles to draw on different skins.

It is a simple game and your job as a tattoo artist is to colour through the tattoo lines and draw a perfect shade. It is about painting and if you love it, you will get addicted in no time.

Between a few months, there is always a game that causes rave on the internet. One of such games is Among Us. The game is all about taking charge of the spaceship with your team. The game is played between four to ten players that work together to keep the spaceship running.

The most interesting feature about this game is how there are Impostors among the players and they are not easily identified. They work to sabotage the effort of the crew and have to be fished out before they do this.

Minecraft is among the best games created in the last 10 years. It is a game that is all about survival as they put you in a box type of world and you have to build as you fight for survival.  You will have to build a house, start a farm, and partake in some adventures.