QHD vs FHD Gaming Laptops: Which One Do You Really Need? 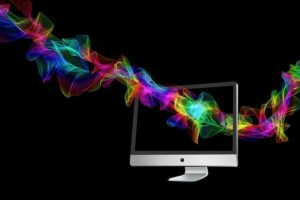 The debate between which is best between FHD and QHD for gamers is blowing hot right now. The question on most gamers mind is if the newly introduced QHD gaming laptops is worth leaving the FHD ones for. Many gamers do not know graphics will not only be better but way sharper. The difference in frame rates is another factor that many will consider before leaping.

Before we go into how beneficial both are for gamers, let us take a look into how well they perform for general use.

For a while now, FHD screens have been the standard among laptops, as 4K screens as the most expensive and do not come with the best frame rates. If you want a laptop mostly for watching videos, you should stick with FHD laptops as they are optimal in this regard. QHD laptops often come for display standard and not video standard – which means most videos you will find are in 1080p rather than 1440p.

To watch 1080p videos on 1440p screens, you will need to upscale. It doesn’t appear well as there is less clarity. QHD laptops are better suited for official use rather than everyday use like the FHD laptops.

Also, if you are using a smaller screen size, you should stick to FHD as they make your images appear more visible. This advice is especially for creators that use photo editing apps. The bigger screens are better suited to QHD as it brings the best picture quality and a high level of clarity.

Gamers look for different things on their laptops. There are competitive gamers, and there are gamers that care the most about how stunning the images are.

It is essential to check resolutions when choosing a gaming laptop display. There is a lot of differences between these two resolutions when it comes to gaming. They offer you different qualities.

For competitive gamers, they know that a higher resolution will bring the need for additional powers for graphics processing. QHD laptops must come with powerful graphics chips if performance levels are to remain at optimal. When playing games like Fortnite, Overwatch, and PUBG, you will take notice that higher resolutions don’t make them better.

Most competitive gamers are currently contented with FHD laptops, as they come with higher refresh rates and features like G-Sync and FreeSync. These features ensure a smooth experience during gaming.

However, the option of a QHD screen has always appealed to a lot of gamers. In the past, the only options you could get were either an FHD laptop or one with a 4K screen. While the FHD screens offered good performance, the 4K screen offered great imagery but poor frame rates. What a lot of gamers did was purchase QHD screens to serve as a balance.

Another advantage of the QHD screen is how it seamlessly allows the latest high-end graphics chips to run games. Now that it has been introduced as a screen option for gaming laptops, new laptops with the RTX-3000-series graphics chip and the RDNA 2 from AMD, will benefit from it.

FHD screens are fine for most games but they cannot exploit the powerful graphics chips as a QHD screen will. The QHD laptops offer more screen room to fit in more content at once, and they appear crispier. They also offer better color accuracy than FHD laptops.

If all you need your laptop for is gaming, buy an FHD laptop as it is cheaper, you get higher refresh rate options, and offers better battery life. It is also difficult to tell the difference while gaming between FHD laptops and QHD laptops because the displays are not big enough. In case when you buy a wrong model you can trade your laptop with us for cash for another one.

If you need your laptop for more than only gaming, as it offers more screen real estate and crispier images on your screen. You can also switch to 1080p settings for gaming and back to 1440p for other uses.