The Biggest Drone Racing Leagues in the World 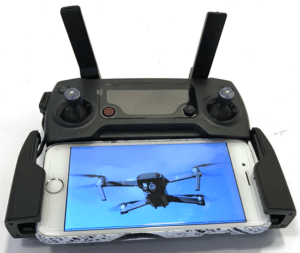 Drone racing league is a worldwide professional competition whereby a pilot uses custom-built racing drones that travel at 90MPH through 3-dimensional courses. Participants control the drones that have been equipped with cameras and putting on a head-mounted display that shows the live stream feeds from the drones. Drone racing is similar to the standard air racing; the main aim is to finish the race as fast as possible.

There are various Drone Racing leagues across the world, but we will be discussing two of the biggest leagues extensively in this article.

Allianz drone racing league is a professional league; pilots use a virtual reality-like headset. Custom drones with a speed that is above 80 miles per hour are used for the racing.

The founder Nicholas Horbaczewski since he started the league, continued to look for creative ways to sell the league to more audiences by launching a drone racing league simulator in 2016.

The Allianz drone racing league has a schedule that will be strictly adhered to during the racing season.

In the semi-final, two groups of six pilots will compete, and a pilot needs to win twice to secure a place in the final.

In the final spot, all the remaining pilots fly a total of six regular heats. Winning at the stage will guarantee the pilot a spot in the Golden heat, and in the golden heat, the winner is announced as the top pilot of the season with a grand prize.

The Multi GP drone racing league gives racers an efficient drone racing chapter by equipping them with tools such as event management software, racing gats, and flags. In multi GP racing, pilots earn their spot simply based on their skill, i.e., how fast they can race.

Multi GP puts drone racing into a higher standard of fairness and safety production. The league has proved itself as a top drone racing Production Company better than anyone.

Participants in the Multi GP drone racing are allowed to bring in their custom-made drones, which helps to increase innovation and competitiveness. During the competition, drones are typically separated into different classes. The winged drones are separated from the rotary crafts drones, and also separation by size and power is not excluded.

Multi GP racing happens to be the most accessible drone racing league with chapters all over the world, with over 16,000 members and 500 groups worldwide. Over 140 pilots are allowed to compete for the championship. The winner stands a chance to win a price of $15000.

If you have a DJI you can trade your drone with us for cash for a racing one. It can be used and even broken. We will make sure it's recycled properly.