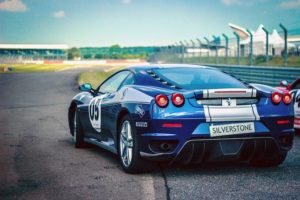 Top gaming laptops are proof of the giant strides made in the mobile hardware world. Gaming laptops used to be a shadow of the top gaming PCs, but they are fast leaving that shadow to prove that they can offer breathtaking performance on the level of the best gaming PCs. They are also shedding bezels to get thinner year after year.

A lot of accolades have to go to the manufacturers of internal components as they are the ones that made these improvements possible. These gaming laptops come armed with the most powerful graphics chips from Nvidia or AMD and have the latest processors from Intel with the fastest RAMs.

Intel has contributed a lot to the improvement of gaming laptops with processors like the Intel Comet Lake. The power that Intel offers helps gamers navigate the demands of PC games.

Without further ado, let’s take a look at the top five Intel-powered gaming laptops in the market. They offer solid performance and they never disappoint you when you need to count on them.

Powered by the 10th Gen Intel Core and Nvidia,s RTX 30-series, the latest twist to the Blade 15 from Razer sees an improvement on one of the darlings of the gaming world. It retains the aluminum chassis like its predecessors, only that it accommodates the latest Nvidia graphics chip.

When we reviewed the Razer Blade 15, we couldn’t resist falling in love. It has a 300Hz screen, an octa-core processor, and an array of graphics chip options from Nvidia. The graphics processing in the lasts models gets even better, as it supports up to RTX 3080 Max Q. All of this is packaged into its small chassis.

The range of configurations you get with the Blade 15 is one of the most awesome things about it. it has the option right from GTX 1660 to the RTX 3080 with a 4K OLED panel. With this laptop, there is an option for everyone. It combines power and beauty very well.

The simple truth about wanting a good gaming laptop that is not expensive is that it can be hard. There are compromises you will have to make in areas such as design, performance, and battery life.

Dell G3 15 offers a good level of 1080p gaming for under $1000 and good battery life. However, the biggest improvement from its predecessor is the design which is sleeker and slimmer. Its 144Hz display and thinner bezels give a high-end gaming laptop vibe.

The only downside seems to be the display, as it doesn’t have a rich color range compared to other Intel-powered gaming laptops on this list.

The GS65 Stealth thin retains its spot as one of the top gaming laptops in the market. It delivers an all-around performance while still having a good design and specs. It is as versatile as a notebook, and its sturdy and light look makes it very mobile. Its matter black aluminum chassis is sleek with gold accents that bring a luxurious and sturdy feel.

The screen’s thin bezels allow for a chassis that is almost an inch smaller compared to other 15-inch laptops.  The SteelSeries keyboard is responsive and solid and is RGB-lit. The touchpad is quite responsive too.

The G-Sync feature is lacking, however, but this contributes to better battery life and lower cost.

Acer Predator Helios has always delivered right from the GTX 10-series times and it has not lost touch as the current generation of this laptop punches above its class. The lasts Helios model comes back with the RTX 2070 and a more elegant build without a significant increment in cost.

The latest Helios 300 has smaller bezels and a 240Hz IPS screen, which puts it’s more in the category of light and sleek, unlike its predecessors. The only setback might be the miniature SSD but it has slots available for two SSDs and one HDD, which makes upgrading is quite easy.

The Predator comes with an impressive 300Hz screen and it has a slim form. With this sort of form, you would not expect so much power but it delivers excellently in this regard.

Weighing under 5 pounds, the performance levels top notch. The only downside is how it runs hot while gaming for long, and the battery life could be better.

Intel-powered machines are among best trading laptops in the gaming sector. They are all over the market and they come in different shapes and sizes. When choosing one, you need to consider what you plan to use it for.

Identify the features that you value the most and pick a machine that is strongest at what you are looking for.