Moto Edge plus Review: Is it Worth it? 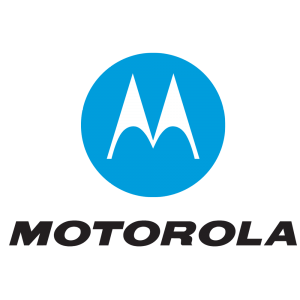 Although it still has some downsides with its camera not sharp enough, poor battery life, and the software still tied to Verizon. Without further ado, let’s dive into the details of the phone.

The Motorola edge plus was planned to be released at the MWC 2020. Before the conference was postponed as a result of the coronavirus outbreak, the shipping will now begin on May 14. The Motorola edge plus will cost a total of $999. Like many other Android-branded devices, the Verizon network will not be available in the United States.

The power button and the volume rocker are placed on the right-hand side of the phone. The curved edges of the phone have forced the microSD and Sim slot to the lower part of the phone beside the USB port.

The Motorola edge plus comes with a USB type C port for charging and a 3.5mm headphone jack port. The speakers are super cool and produce quality sound.

To complement the design, Motorola edge plus came with a 6.7-inch FHD plus OLED display. The display is crisp and clear.

The screen comes with an aspect ratio of 21:9, which makes the phone narrow and comfortable to hold. Just like many other flagships released in 2020, the edge plus can be set to light up its side when a notification pops up. It has a refresh rate of 90Hz.

Phone has a triple rear camera with 16MP ultra-wide camera. It has a primary shooter of 108MP, which can be used to record a 6k UHD video. The front camera is a 25MP which uses pixel binning.

The Motorola edge plus comes with a Snapdragon 865 chipset, which gives the phone a top tier specification. The RAM is 12GB and 256GB storage space.

It supports the latest version of the Android 10 with a dark mode and other brilliant enhancement. The edge plus is a 5G enabled phone and works perfectly on both sub-6 and the mmWave frequency.

It has a good battery life of 5000mAh which can last for about two days when it is fully charged, but this depends on what functions you perform with the phone.

Final verdict: is it worth it?

The Motorola edge plus is excellent and the best phone Motorola has produced in years, with fantastic specs, camera, 5G, and a sleek design. But if the price can be reduced and fast charging is included, then the edge plus will definitely worth saving up for. If you need extra money you can trade your iPhone with us and use it toward a new phone.