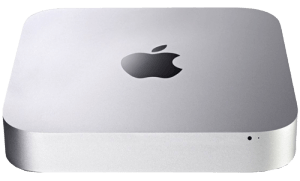 Apple has come to take over with its new M1 chip. We have been raving about how much value the MacBook Air offers along with the 13-inch MacBook Pro, both MacBook laptops being the first to be equipped with the M1 chip. Now, Apple has thrown more value at us with the first Apple desktop to get its new M1 chip. The good part is that the M1 Mac mini has kept most of its best features from the Intel version.

Apple has always used the Mac Mini as a low-risk entry when introducing new features to the Mac. So, it is no surprise that the Mac mini is the first Mac desktop to get the M1 chip.

The M1 Mac mini is even more tantalizing as it comes $100 cheaper than the Intel version, at $699. Let’s take a look into the M1 Mac mini features and see why it offers so much value at a cheaper price.

The latest Mac mini doesn’t have much difference in design to the previous model. You could mistake one for the other, as there are insignificant changes at the top, sides, and front. However, there is a slight difference in the rear, as you will find two USB4 ports rather than four Thunderbolt 3 ports that were in the Intel version of the Mac mini.

A clear difference in design is the exterior color which is now silver, which was the initial color before space gray color was adopted. The size has remained the same but it has a lighter weight than the Intel model.

Apple has not made significant changes in design to the M1 Mac mini. We expect that some design changes will in Mac mini generation.

The selling point of Apple’s latest M1 Macs is the power of the new chip. Apple has boasted about the improvements in the M1 chip compared to the Intel version. This is the catch in M1 equipped Macs. Truthfully, after several benchmark tests so far, the M1 chip has lived up to its hype.

Now, back to the M1 chip’s performance. The M1 chip has 8 cores, with four each for high-performance and high-efficiency to help balance workloads. According to Apple, these cores will triple the processing speed of tasks when compared to Intel Mac mini.

The graphical performance is great as the M1 Mac mini has a frame rate that is four times higher than the Intel version. It is a great system for creativity as it is said to render images and videos about six times the speed of the Intel model.

In most cases, users only need two displays at most except for creative and some professionals. If you need a third display, the M1 Mac mini is not for you.

One of the obvious changes in the new Mac mini is the model of the ports at the rear. Apple did not only reduce the number of ports available but they have also changed the specifications.

There has been a change from the Thunderbolt 3 ports to USB4 ports, and the number has been reduced from four to two. The speed of the ports remains as good as in the Intel model. However, the USB-A ports, HDMI 2.0 port, and the headphone 3.5mm jack have all remained the same as in the previous Mac mini model.

The M1 Mac mini is not without its issues, but what it offers for a $100 price reduction is high value. Perhaps, the biggest issue it has is the impossibility to upgrade the interior components. In previous models, there was the possibility of changing some components to boost performance. You can trade a Mac from previous years for the new one if you add some cash.