Cyberpunk 2077 is the most enticing gaming package in 2020 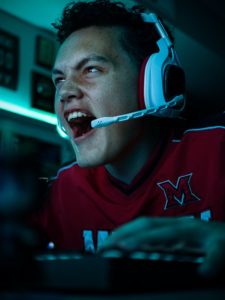 It has been seven long years since the game Cyberpunk 2077 has been in development, and now on December 10, 2020, gamers worldwide finally got to play it. This is a review of perhaps the most anticipated game in 2020.

Cyberpunk 2077 is a 2020 action role-playing video game developed and published by CD Projekt Red. It came out on Google Stadia, Xbox One, PlayStation 5, Xbox Series X and Series S and Microsoft Windows.

Since the game was released for reviews, there has been a myriad of reactions from reviewers, but for the most part, it has stayed positive. However, one constant complaint that every reviewer had was the presence of numerous bugs in the game.

According to IGN reviewer, Tom Marks, Cyberpunk 2077 is an Open-world RPG that is built on the philosophy that these kinds of games are not defined by the strength of their main stories but by that of their side quests. The best thing about the game is that the vast majority of quests, apart from its main mission, are entirely optional. Yet they extremely impact on the overall journey of the player.

Many players would quickly discover that the main mission of Cyberpunk 2077 is quite short for an open-world game, but it quickly makes up for it with very diverse and compelling side missions. According to Tom Marks, the game is not free of faults, especially with its surprisingly high number of bugs that breaks the immersion of the player at every hour of gameplay. However, Tom describes it as one of the most exciting, emotional and just simply fun RPGs that he has in recent years.

The major theme of the story has been given off in many of the numerous trailers released by CDPR over the course of the year, but there are still some surprises within the game that most players are not ready for.

Here are some of the very compelling aspects of the game:

After getting past the intro, the game allows you to wander into any of the numerous neighborhoods in Night City. From then one, you as a player have a ton of side missions to keep you busy for a very long time.

While for the most part, all of Night City is essentially an open-world map with all of its location already listed on the map; there are still tons of discoveries to be made while playing the game. Tom Marks, for instance, said he had played the game for 40 hours before he discovered a whole forest hidden right under one of the busiest interchanges in Night City.

You probably don’t want to move around Night City too quickly, especially with the fast travel option as it might be the fastest way to miss some of the amazing sights that the city has to offer. Cyberpunk 2077 is a game that takes itself very seriously in being an RPG game.

According to Tom Marks, Cyberpunk 2077 is a slow-paced game that offers beautifully crafted conversations populated with a mind-boggling number of choices that makes the game feel dynamic and alive.

The missions in the game range from extensively delightful, to hilarious and deeply emotional, and in some cases immensely thrilling to intensely dark. The game is so dynamically built that from time to time it might feel to a player like they are playing a different game depending on the mission that they are playing.

It will be an incomplete review if the bugs experienced by every reviewer are not discussed. The bugs in the Cyberpunk 2077 are not game-breaking in any way even though there are cases where a saved game needs to be reloaded to advanced in a mission. The bugs are especially annoying because they continuously break the sense of immersion that CDPR has carefully curated for players to get lost in.

Cyberpunk is a visually appealing game that throws the player into an amazingly beautiful and incredibly packed cityscape that offers the players a staggering number of options and flexibility. The game is incredible in every way, and despite its interestingly short storyline, the side quests transform it into a mind-boggling piece of art. It can be played on most platforms. But if yours is incompatible you can trade your laptop with us and get a console that will allow you to play the game.

Hopefully, all of the bugs in the game gets fixed with time, and the game can eventually offer the kind of full experience for which it was designed.