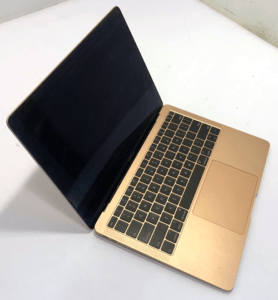 Apple has released the new MacBook Air and MacBook Pro 13 along with the Mac Mini. What these three new Macs have in common is that they are equipped with Apple’s freshly built M1 processor. The M1 chip is part of Apple’s Silicon move to give the Mac its unique Apple-built, ARM processors.

In this article, we look at two of these Macs and pit them against each other. Although there is still the availability of Intel-based 13-inch Mac Pro that cost more than these M1 equipped MacBook laptops. Apple Silicon has completely taken charge of the MacBook Air, although some Intel models are still in the market.

Without further delay, let us help you decide which of the latest M1 equipped Mac you should buy. It is a straight battle between the M1 MacBook Air and the M1 MacBook Pro 13. 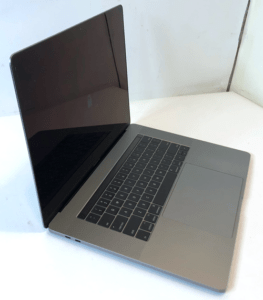 These new Macs have the same design as the versions they replaced. Both are available in grey and silver colors while there is the gold option for the MacBook Air. Both are pretty easy to move with, as they do not weigh so much. The MacBook Air weighs 1.29Kg, while the MacBook Pro 13 weighs 1.4kg.

Both models have the thunderbolt 3 and USB-C ports, and they both support the newly introduced USB 4 standard. The USB 4 increases speed of data transfer between devices. Both models also have the 3.5mm jacks for headphone.

There is the latest image signal processor that helps to enhance the image in the 720p HD cameras for face time. This feature is unique to the M1 chip. Although the Pro has a better audio quality for the video calls due to its studio-quality mic that comes with directional beamforming. The Air also has a mic with direction beamforming but it is only a three-mic array. MacBook Pro also has better stereo speakers with better dynamic range, although both models support Dolby Atmos playback.

There is a very small difference in the display abilities of these models. They have all things equally in this regard except for the brightness level, as the Pro can get to 500 nits of brightness and the Air can only reach 400 nits. They both have a resolution of 277 PPI like older models of the 13-inch Pros and Airs.

Both have the M1 chip and the M1 has eight cores for the CPU. It has four high-efficiency and high-performance cores. This move has seen Apple migrate the Air it Silicon program, as these models now have more storage and a tad better GPU. However, The Pro still has some Intel versions, with the less costly models coming with the M1 processor.

One of the downsides to these M1 models (1) is that they do not have the option for discrete graphics. No external GPU options, as all graphics power comes internally from the M1 chip.

For memory, the Pro can reach 32GB memory, but you will find 8GB of LPDDR3 memory as the standard and 16GB LPDDR4X in bigger models. A minimum of 256GB storage and 4TB is available for the Pro 13. However, the M1 is limited memory-wise as it only supports 16GB memory, but its Intel counterparts can be upgraded to 32GB of memory.

The standard memory in the M1 models of the Air and Pro is 8GB, and 256GB minimum storage that can max out at 2TB.

The best improvement about the new MacBooks is the battery life. These M1 Macs come with a good level of power efficiency like every ARM-equipped device. The Air can last up to 15 hours while you browse the web and up to 18 hours if you are watching a movie.

The Pro performs better in this regard, adding two hours to the 15 hours to make 17 hours of web browsing and 20 hours if you are watching a movie.

The M1 Macs are the future and there is every reason to jump on the wagon. Deciding on which MacBook to buy between the M1 Air and Pro 13 is dependent on if you need better audio, brightness, and the touch bar. Asides from these features, the Air seems like a good bargain for anyone looking to go the M1 chip route. If you change your mind after already buying one, don't fret. You can trade your MacBook with us for cash and use it to buy the one you really want.