What is Good in PS5 and its Controller? 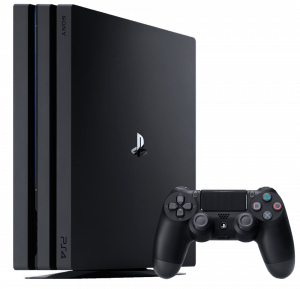 Like millions of gamers worldwide, we have patiently waited for the arrival of the PlayStation 5. Now that the long-awaited gaming console is almost here, it feels absolutely right for us to talk about what to expect from Sony’s next-gen console.

What makes the PS5 so appealing to gamers?

The PlayStation 5, just like the PlayStation 4, will be able to play first-party games from Sony’s storied game series and add supplemental great third-party titles too. Of course, the best about the PlayStation 5 is the incredible graphics performance and fidelity that it will offer to gamers while supporting high refresh rates. With PS5’s new custom SSD system, you can be sure that most gamers will not have the opportunity to read text on loading screens anymore with the fast loading times.

The new SSD that will be found in the PS5 will ultimately change the way games are designed as there will be no long elevator scenes to mask the game loading in the background, and players will have to get their gaming tips from somewhere else.

The CPU of the PlayStation 5 is the Octa-core AMD Zen 2 CPU, and the GPU pushes out 10.3 Teraflops. The PS5 will have 16GB of DDR6 RAM and an 825GB SSD with only 667GB available to the user in terms of available storage.

The design of the PS5 came as a shock to gamers worldwide (except for those that designed it). It seems as if Sony is going for a very futuristic and sleek look that is both appealing and functional. One could even say Sony was playing at a paradox with the PS5 design as the design seems to conceal somehow the powerful hardware that lay beneath it.

The PlayStation 5 is easily the largest and heaviest console in the PlayStation series, but it handles both its weight and height with elegance and futuristic styling.

To ensure that the PS5 do not suffer the same overheating problems as the PS4 Pro, Sony added the largest fan unit ever found in a PlayStation unit. Several exhaust braces can be found around the PlayStation 5’s rear and in the middle of the main unit and plates.

For many console gamers, the highlight of the new console for them is the redesigned DualSense controller. The new controller features an in-built microphone, speaker, and motion sensors, offers USB-C charging for its 1560mAh battery, and the revised haptic feedback system and adaptive triggers.

One aspect of the New DualSense’s design that is quickly noticed by most PlayStation gamers is the fact that the new controllers look more like Xbox than PlayStation controllers.

The PS5 represents the dawn of a new era both in gaming, design, and general game design. Here is a highlight of how differently Sony has decided to approach the design of its flagship gaming console.

The PlayStation 5 can be described in a few simple yet profound terms, futuristic, powerful, promising, exciting, and radically different.