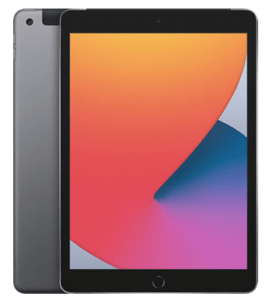 However, Apple decided to step up the iPad Air this year and produce a model worthy to contend with the iPad Pro. The iPad Air rose to become one of the best iPads available in the market.

The iPad Pro always had a great chip that leads the way, the 2nd generation Apple Pencil support and a USB C-port. This made the iPad Pro the better option for users who require a mini device that offers great performance.

This year, Apple went all in with the iPad Air. It now feels like a mini version of the iPad Pro, and this is great. It houses all the elements that made the iPad Pro the better choice in previous years.

These reasons make the choice harder than ever between the iPad Air and the iPad Pro. The iPad Air is $200 less expensive than the iPad Pro, but does it match up despite that? Let’s find out as we compare these two beauties from Apple.

The iPad Air experienced a complete resign this year. When I saw both iPads for the first time, I couldn’t spot the difference, as the new iPad Air design is similar to the 2020 iPad Pro’s design.

The iPad previously had a home button, a button Apple decided to let go of this year for a bigger display. However, the iPad Air still doesn’t come with Face ID, as it maintains the touch ID. Apple moved the sensor to the power button, away from the sensor on the front.

The iPad Air is the first time Apple has ever decided to put the fingerprint scanner on the power button. If you are a fan of the face ID, the iPad Pro should be your option.

Another introduction to the iPad Air design is the USB-C port. This feature used to be only found on the iPad Pro, but Apple has decided to bless the iPad Air this year. For professionals, this means you can now use the iPad Air for work functions.

The Display of an iPad has to be great and both of these iPads deliver on that. Although, the iPad Pro has a slightly better display than the iPad Air.

There are two sets of displays for the iPad Pro.

The iPad Pro also has a special display feature called ProMotion. ProMotion helps the iPad Pro to adjust to the speed of the content you are viewing.

The iPad Pro 2020 models also come good with front cameras. They have the TrueDepth Camera, and have available the portrait mode and Portrait Lighting, They also have the Animoji and Memoji.

Underwhelmingly, the iPad Air has only the FaceTime HD front camera and it possesses none of the above listed features.

The iPad Air 2020 also lacks the LiDAR scanner, a feature you will find in the iPad Pro models. It helps your device to do more with Augmented reality.

In a shocking move by Apple, the iPad Air surprisingly has a better chip than the iPad Pro models.

The iPad Pro models come with the A12Z Bionic chip, which is a huge disappointment as expectations were high regarding this. The iPad Air surprisingly comes with the A14 Bionic Chip, a chip you will find in the latest iPhone 12 series.

Now that you know the features present in both iPad models, you should find it easier to make a decision. When it comes to performance, the iPad Air looks to beat the iPad Pro models as it has a better chip.

However, if display and photos are important to you, the iPad Pro ranks higher. Whichever you choose you can later trade iPad modes with us online for cash.