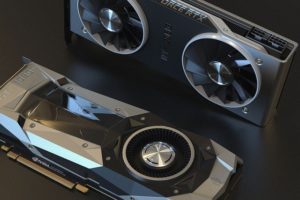 The RTX 3000 series released by Nvidia in September got gamers and creatives talking about GPUs once again. It has been two years since Nvidia introduced the world to their Ray tracing technology, and with the release of the Nvidia RTX 30 Series, it is undoubtedly clear that the RTX technology has come a long way since then.

The RTX 3090 is the most powerful GPU in the world. It is also the most expensive GPU in the new 30 series. While almost everyone can agree that the RTX 3080 offers everything they want in a GPU, couple that with incredible cooling, and you have what most would call the best GPU in the world.

The RTX 3090 is sort of a black sheep among the RTX 30 series flock. It comes packed with 24GB of high-speed GDDR6X VRAM, it is heavy as it weighs up to 4.84 pounds making it as heavy as a full roasted chicken, and it cost $1,499 for the Founder’s edition.

It has to be More Than 8K Gaming, Right?

The RTX 3090 GPU is marketed by Nvidia as an 8K gaming GPU for enthusiast gamers with the money to burn on an 8K monitor in the first place (an 8K monitor costs more than a high-end gaming PC). It is important to note that 8K gaming is not quite where it needs to be just yet. In fact, since the RTX 3080 is the ultimate GPU for gaming at 4K, you can call the RTX 3090 the ultimate GPU for gaming at native 4K at the best settings humanly conceived. Maybe sometime in the future, gaming would require up to 24GB of VRAM. However, in the present reality that we live in, 24GB is plain overkill for any game, yes! Even for Crysis Remastered at 4K.

If you are a Prosumer with the means to purchase an RTX 3090 and want one GPU to satisfy your gaming and content creating needs, the RTX 3090 becomes more than just another GPU with resources for overkill; it becomes a deadly weapon to defeat your enemies and make killer content.

The RTX 3090 is a creators’ card, and these are the set of people that should buy this GPU. To put it into perspective, for creators to get the kind of performance that the RTX 3090 offers in the past, they would have to spend at least $6,000 on a Quadro GPU.

The truth is for a lot of consumers that all they want to do is buy a GPU that allows them to play their favorite gaming title at the highest possible setting, the RTX 3090 is not a good value for them.
They are better off sticking with the RTX 3080.

Now, if you are a content creator, say a 3D artist, Video Editor, Data scientist, or anyone that requires a GPU that can handle complex calculations in real-time with more than enough VRAM to handle your workload, the RTX 3090 might be the one for you.

The RTX 3090 is clearly not made for gamers even though it is marketed as a gaming hardware. The hardware found in the RTX 3090 is very capable of handling complex workloads encountered by creators. You can trade any laptop with any graphics with us online for cash.

My conclusion is this; The RTX 3090 is might not be worth its cost to a gamer, but to content creators, it is a heaven-sent GPU for the masses.