Is the Apple Watch Series 6 a Worthy Upgrade? 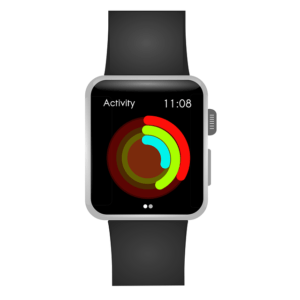 It’s been five years since the Apple Watch came to live. We have witnessed its evolution from the basic model to the pinnacle of smartwatches. The latest entrant, the Series 6, has kept up with the standards continues that trajectory.

The Series 6 has the highest color selection for an Apple smartwatch in history, as it comes in Red, Blue, gold, and graphite. However, the catch is the new blood oxygen sensing feature.

In this article, we take a look at other improvements in the Apple Series 6 and, most importantly, if it’s a worthy upgrade.

Apple’s smooth new WatchOS7 and the latest A14 processor means the Series 6 has a solid interface and high-speed app animation. The smoothness of the OS is evident, as it showed no difference when it was compared with the Apple Watch Series 5.

It gets an artistic look from the new Typograph Faces. In most cases, smartwatches come with bold graphics that creatively display time. Though there is the cost of having further complications on the watch screen for a more artistic look. For some, they prefer the Count Up, new GMT, and Chronograph look as it displays a lot of information. But, there is the personality that the Typograph look brings to this device that already looks so customizable. You have the freedom to customize these complications to your specification, especially as you can use third-party apps. This means you can tailor it to your taste and specifications.

For battery life, the Series 6 remains the same as its predecessors – Apple Watch Series 3, Series 4, and Series 5. The 18-hour battery life did not get an improvement. However, you can turn off the always-on display and reduce the brightness to the lowest, increasing the battery life exponentially. A full charge in the afternoon helped it last two whole afternoons and three nights. For this battery test, we used the Apple Watch Series 6 as it would be used normally. One place it improves battery wise is the charging time. It can be charged fully in 1 hour 30 minutes, which means it has a 30 minutes improvement from the Series 5.

Apple introduced quite a lot of software and hardware upgrades to the Apple Watch Series 6. Most of it doesn’t totally convince us. Apple did well with its new blood oxygen sensing feature, but the regular user might not find it really useful. Although, for interested users, it is an added health information alongside the workout tracking abilities and the ECG test. Apple has shown dedication to providing health data, and this is in line with that vision.

The Braided Loop might be the best-looking band, but it also brings the least amount of comfort. The first time we assembled the Watch, we went with the Braided Loop, but we quickly switched to the Solo Loop, as it was more comfortable. As we saw in the suggested watch size, the Braided Loop is tight. Also, when accustomed to the wrist, unlike the Solo Loop, it doesn’t wear properly. Sadly, the more expensive band is the bad one of the two, especially when you realize it uses eco-friendly material, and it has a look befitting of the Apple brand.

Still talking disappointments, it’s sad that the Apple Watch Series 6 ignores the force touch capabilities, unlike its predecessors. iFixit revealed recently that the pressure gasket has been totally removed. The part might be delicate and prone to damage, we thought it could have been perfected this time, rather than removed.

The Apple Watch Series 6 is not really a worthy upgrade from the Series 3. However, there is now more health data available with the new Blood Oxygen feature. Also, when it comes to being colorful, it is the best yet. It has a good range of colors to choose from, as well as Watch Faces you can explore. The ability to build a complicated look to your specifications is also great for the users. So if you do want to upgrade your older model, you can trade Apple Smartwatch with us for cash and buy the 6.