When Is The Best Time To Sell My Old Macbook For The Highest Price? 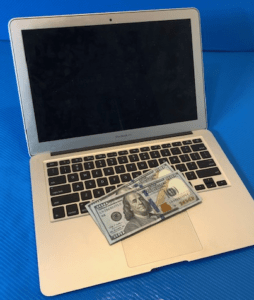 Get Cash for Used Laptop from SellBroke.com

Whether you use a MacBook, MacBook Pro, or MacBook Air, you can be guaranteed that you’re going to get a few hundred dollars for it when you sell it.

However, timing is important when selling laptops.

Selling one during Apple’s release of a new model won’t fetch you as much money compared to when you sell it some time prior.

Before you consider selling, it is important to know what your MacBook is actually worth. Macs are expensive, but as they age, they lose value. If you are hoping to lose just a $100-$200 from the initial price you got your Apple laptop when selling, then be prepare to get disappointed.

If you are using a current model, then you’ll be lucky to sell it over half the original price you bought it. Any later than that will definitely have you losing 50-70% of the original price. It normal, laptops lose value every year.

Check eBay to give you a feel of what the market looks like for your MacBook’s model.

Don’t forget to check Amazon’s and Apple’s refurbished stores because people are more likely to chose those over a used laptop, especially because of the one-year warranty.

Once you know how much others are selling, then it’s time to sell.

There are certain months of the year when used laptops sell more than other months. Here are the times you should watch out for before selling your old MacBook Pro.

When should I sell my old MacBook? 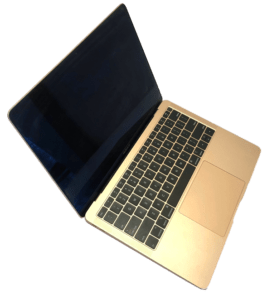 Before it gets outdated

Laptops, in general, have an average lifespan of 3-4 years, laptops with a premium build such as MacBook Pro, MacBook Air, and MacBooks can last up to 6 years.

However, when it comes to laptops, they get outdated pretty fast, and you should sell them off before they get to this stage. I’ll advise you to sell your MacBook before it gets to its third year – if you want to get a reasonable price for it. For example, the MacBook Air 2017 can still sell for $600-$700 depending on its condition. But after 2020, it’s going to struggle to trade above $500 because Apple has changed its laptop’s designs. All previous models become more outdated as the year goes by.

Before you buy a new one

Buying a new Apple laptop isn’t a luxury everyone can afford because most times, they cost over a thousand bucks.

If you have an old MacBook and you are looking to get a newer model, then to save cost, it’s advisable to sell the old one before buying the new one. This way, instead of breaking the bank to get you a brand new MacBook Pro, you get to add not more than $500 to whatever you sell your old MacBook for. 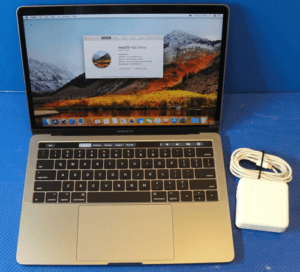 This is one of the best times in the year to sell your old MacBook because, at this period, nothing serious usually happens in the laptop world. Laptop manufacturers don’t have new releases, and pretty much nothing is happening.

This gives you the advantage of selling your old MacBook for a very high price. Before you do that, make sure you study the market to see your laptop’s current value. This is the period where many laptops will be ‘on sale’ so it’s a very competitive period but also an excellent time to use that competition to your own advantage.

Before a new model is released

For every new model that gets released, your laptop loses more value. That’s just the way it works.

This is because newer models are more advanced and usually cost the same as your old laptop did when it was newly released.

Don’t wait for more than two new generation releases before you sell your MacBook, that’s if you still want a reasonable amount for it.

This is one of the best periods to trade your laptop because many high school and college students will be looking to get the best deals ever.

Students don’t really have a lot to spare when it comes to cash, so they’d always settle for used laptops. With the right pricing, you should sell your computer in less than a week, and for a reasonable amount.

Black Friday is probably the most competitive time to sell your laptop. It holds every late November.

Everyone is in a rush to get the best deals on MacBook laptops, and there will be competition but also a lot of hasty buying.

Wherever you decide to sell, make sure to describe your computer very well and set a good price. That will save you time and hassle of meeting with too many potential buyers.

If you sell in any of these periods, then be sure to make $100 to even $250 more than you’d have made on any other day. Remember, Apple laptops in excellent conditions attract more money, so try not to give your laptop a rough ride before selling.