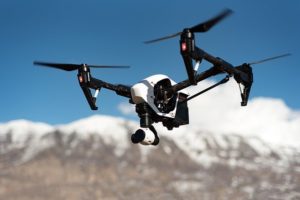 Image by Free-Photos from Pixabay

Drone technology is evolving by the minute, and DJI inspire 2 might be the best drone you can get for yourself. With its top-notch design, 5.2K quality raw video capture, and overall impressive performance, it is up there on the list of the superb drones in the market. It is the second generation of the DJI Insprie series.

It is considered a world-class flagship-level drone, it has a magnificent app functionality and also breath-taking optics which is upgradable overtime.

The Inspire 2 takes every good thing from the Inspire 1 and makes it better. The Inspire 2 is, without a doubt, way better than its predecessors. However, the price of getting the drone is a big sticking point; it is quite expensive.

Without going back and forth, let’s see why the DJI Inspire 2 is worth the price.

If you’re very familiar with the Inspire 1, then DJI inspire 2 won’t be a surprise to you, at least in terms of the looks. The quad-prop layout of the Inspire 1 is still retained in the DJI inspire 2, and the arms still have the same sturdy carbon fiber material, giving it impressive strength.

DJI has, however, revised its bodywork, the newer model does away with the white plastic, and a magnesium-aluminum composite takes its place instead. Only four motors power it.

A new introduction to the design is the new forward-facing VFP camera, as well as the obstacle-avoidance system hoisted in a bar in front of the drone. There’s also the dual-battery set up for improved stamina.

The DJI inspire 2 also has support for two remotes for the pilot and camera operator alike.

A dedicated remote control that is linked to the drone via a sharp pair of antennae is used to control the drone. It has no screen, hence, you connect IOS or Android device to the remote using a wired connection.

You then install the GO 4 app by DJI, once you access the application, you can calibrate the camera and even toggle on and off the beginner mode. The Spotlight Pro helps you in tracking, moving objects, it easily sticks out moving objects, more like glue, something which generally would require a second camera.

Despite the additional tech added to the Inspire 2, DJI manages to include a dual-battery set up which increases flying time to around 25 minutes. It is easy to charge the batteries simultaneously with the bundled charger.

Even though the Inspire 1 was an astounding drone, the DJI Inspire 2, which costs at least $2500 outdoes it in almost every aspect; it has an improved design, a metal bodywork replacing cheap-looking plastic. The twin battery also boosts flight time. If you’re looking for a used drone trade in to unload your older machine look no further. We offer such service online. The cash you receive you can put towards the new craft.

Being able to swap camera lenses makes it quite attractive to video creators and photographers, with all these upgrades and more, the DJI inspire two is definitely worth the money.