Surface Headphones 2 Vs Sony Xm3: Which One Is The Overall Best?

Headphones keep getting more sophisticated every day as well as comfortable. The need for these two combinations is the force that keeps on attracting its users.

It is known that the Sony XM3 and the Microsoft surface headphone 2 are the top trading electronic devices in headphone industry. They offer users a lot in terms of sound and other exciting features. This makes it kind of hard to make a decision on which one you want to get. However, below is a brief review of both headphones, where we will discover which one is the best and why. 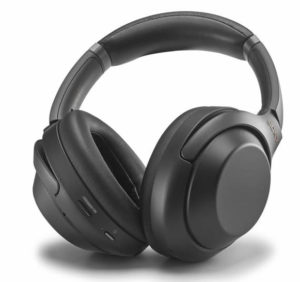 Known as Sony WH-1000XM3 in full, this headphone is a whole combination of comfort, sleek, and delivery, from the ear cup design to the controls, embedded microphones, battery life, sound delivery as well as active noise cancellation (ANC), among others.

First, the design of the ear cup is comfortable and fits the ear properly. The soft earpads make it easy to wear the headphone for an extended period of time. The headphone also has sleek and user-friendly controls. There are few control buttons on the edge of the earcup because the cup’s external surface has a touch panel, which can be used to change music and increase the volume as well as the ambient sound. The touch panel also makes it easy to pick and make phone calls with a double-tap and swipe, respectively.

Apart from having a control touch panel, the XM3 can be further controlled using the Sony headphones connect app. This makes navigating the headphone far easier because you can even adjust the sound using this app.

This headphone is arguably one of the best headphones when it comes to active noise cancellation making it suitable for traveling, especially high-altitude flights. It does a great job in reducing the external sound influence. The WH-1000XM3 automatically adjusts the sound delivery relative to your external environment using its adaptive sound control.

When it comes to wireless connection, the Sony WH-1000XM3 headphone can only connect to one device at a time via Bluetooth. This is one of the low points for this impressive headphone. Also, you can connect it to your devices to the stereo jack spot on the headphone. The XM3 has a voice assistant that is compatible with the Google Assistant, Alexa, and Siri.

According to Sony, the XM3 lasts up to 30 hours after full charge, not to mention that it has a superfast charge feature. Its charging port is compatible with a USB Type-C cable. If you charge the XM3 for as little as 10 minutes, you can get about five hours of usage. The amazing battery life of this headphone makes it an excellent travel companion.

This is the main reason anyone would want to get a headphone, and the XM3 does not disappoint. It has high-quality audio coupled with DSEE HX and LDAC. Meaning users won’t be missing out of quality in terms of sound. 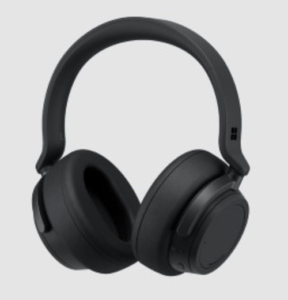 Unlike the initial Surface headphone, which Microsoft used to enter the noiseless headphone market, the Surface Headphones 2 is an upgrade featuring more color options, better buttons, and longer battery life. However, when it comes to structural design, they still look pretty much the same. Yet, another significant advantage of the Surface Headphone 2 over the first surface headphone as well as other headphones is the price. You can get the in addition to the Microsoft Surface Book 3 if you buy one.

Generally, the design of the surface headphone 2 is impressive. The earpads are comfortable, making it easy to wear them for long. The earcups also have an excellent design as well as a touchpad on each side. This touch panel enables users to control the headphone. It can be used to pick and make calls, pause, play, change, or skip music.

The headphone has dials on both earcups, and they are designed to adjust volume and noise cancellations, respectively. The buttons you will find on the Surface Headphones 2 are designed for powering and muting the headphone. The headphone can also be controlled using the surface app on your mobile device.

The noise cancellation feature on the surface headphone is impressive but falls a bit short when compared to the XM3. The headphone has thirteen levels of active noise cancellation. This helps it adjust to different external conditions, including traveling. All you have to do is adjust the left ear-on dial to the level you want with respect to the ambient sound.

This is one of the major high points of this headphone. It can be connected to more than one device concurrently via Bluetooth. There is a stereo jack where you can connect the headphone to a device. It is compatible with Cortana, however, if you may have to install it on your android or iPhone.

The battery life of the surface headphone is 20 hours after a full charge. It also has a superfast charge feature that enables it to last one hour after a five-minute charge. The charging port uses a USB type-c cable.

When Microsoft rolled out the Surface Headphones, the price was the same as the Sony WH-1000XM3. This affected the sales because the XM3 beat it on a lot of grounds. However, the new surface headphones 2 is way cheaper than the XM3. But, it does not still beat the XM3 when it comes to audio delivery, noise cancellation, and battery life.

However, this does not mean it does a bad job when it comes to these functions. So, if you can compromise better sound, noise cancellation, and longer battery life, then the Surface Headphones 2 may be for you. However, if you can’t, you will have to shell out more for the XM3.

Finally, in this battle, the Sony WH-1000XM3 wins in terms of better comfort and sophistication.