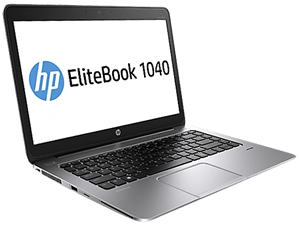 Just as the name suggests, the HP EliteBook x360 G6 offers users a 360- degree convertible machine with narrow bezels coming from a 14-inch display. This is one of the best HP laptops on the market. The chassis is built to be robust combined with an aluminum exterior that makes the device solid. The computer weighs little under 3 pounds with a desktop screen that’s bigger than an A4 format. Users should be aware that this system does not fully lap against each other when closed therefore they have to be careful not to damage the laptop. Then what's let is to trade broken laptop for a good one.

Despite it portable and compact form, the EliteBook x360 1040 G6 is made of chassis with brushed aluminum exterior to make the device very solid. The laptop is not heavy as it weighs around 3 pounds. The 360 hinge of the laptop rotates perfectly to hold the screen securely in whatever working position you require. Its matte-finish IPS display has a touch panel of 1920 by 1080 pixels. It also comes in 4k version with a 500cd/m2 screen. HP's Sure view privacy screen enables users hide their screen panel’s view from onlookers.

The Keyboard has a bouncy and responsive action that enables the key to make less noise when working. This machine is one of the favorite laptops among programmers. You can toggle on the two-level backlit with a Fn key. You can also answer and end video calls with a button in the Fn key row.

As for accessories, HP built in two thunderbolt USB-C slots and gave one access to charge the laptop. There are also two USB 3.1 slots as well as a full-sized HDMI port.  Listen to music and watch videos through its 3.5mm headset jack and gain access to fast internet connection through its mobile broadband 4G LTE connector. You can also access your nano sim through the use of its nana sim slot on the left side of the laptop.

The HP EliteBook x360 1040 G6 is powered by an Intel Core i7-8650U processor and possesses 512GB SSD with 16GB RAM. The battery is a 4-cell, 56.2Wh unit that powers this machine for 24 hours and above before a recharge. It is capable of performing all day to day office tasks without any hassle.

You should consider getting this system because of its build quality and specification choices that make this convertible laptop perform well. The only downside to using this machine is its expensive cost. You can get a new one now on sale from HP for about two grand.