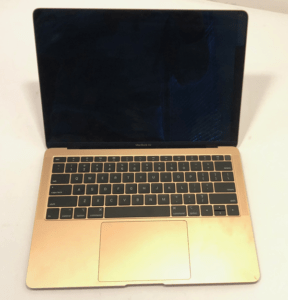 The MacBook Air has set its mark in the world of premium laptops. For some time after its first release it was a best selling MacBook until MacBook Pro took over. In terms of sales and the number of users, it is quite popular, and it is for good reasons. There had been few demands for a few changes in its features. Presently, it seems most of those demands have been met in the MacBook Air 2020. This laptop is, by most means, an upgrade to the previous MacBook Air laptops. It features an upgraded storage space, a new keyboard, processor, its traditional portability, amongst other exciting features that include an affordable price tag set at $999.

The base entry of the laptop comes equipped with the latest 10th generation intel core i3-1000NG4 processors. At the same time, its other configuration features a quad-core intel core i5. Both entries of the MacBook Air 2020 have 8GB of RAM, which is upgradable to 16GB.

The battery life of the laptop is set at about eleven hours by Apple. However, the MacBook Air does not last up to ten hours while in use. According to tests and users, the laptop will last an average of eight to nine hours under normal usage. Still, it will only last about seven hours under heavy usage. Therefore, battery life can be regarded as good; however, it falls short of the manufacturer’s description.

The keyboard of the MacBook Air 2020 is probably its most exciting feature as it features Apple’s latest keyboard, the Magic keyboard. This keyboard is an upgrade of the scissor-switch keyboard which apple abandoned for their controversial Butterfly keyboard. It first featured on the 2019 16-inch MacBook Pro and now the MacBook Air 2020. Unlike the butterfly keyboard, it has received lesser complaints and is enjoyable to use.

Nothing has changed in terms of display. The laptop has a 13.3-inch display, which also features an LED backlight, standard resolution of 2,560 x 1,600, IPS technology, and True Tone technology. Thanks to its True Tone technology, the display color temperature can be automatically changed. However, the MacBook Air does not support HDR, and the 720p webcam resolution is not the best around.

In conclusion, the MacBook Air 2020 is a good laptop that anyone who is interested in a sleek, compact, and affordable premium laptop. Also, if you’re a MacBook user and you’ve wanting to upgrade your MacBook, then this is the one. However, if you demand a lot from your laptop in terms of power and display resolution, then MacBook Air might disappoint you.