The Future Of Virtual Reality Conferencing 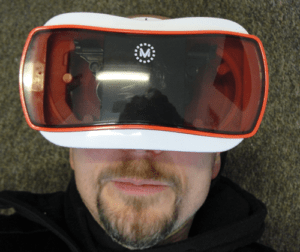 In a simple term, virtual reality is a computer created artificial environment. Unlike the traditional computer interface, Virtual reality places the user in an experience without a screen in front of them. That sounds fantastic. No wonder why more tech companies are stepping into the game and plan on selling virtual reality headsets.

Users are submerged and can interact with the 3D worlds simulating as many as senses as they want, e.g., vision, smell, hearing, and even touching. The computer is being transformed into a gatekeeper of this artificial world.

Virtual reality does have limits to near Virtual Reality experience with the presence of content plus a cheap computing power.  The most recognizable component of a virtual reality system is the head-mounted display. The big players involved in the virtual reality are the Oculus Rift, HTC Vive, and PlayStation VR.

However, talking about the history of virtual reality technology is way much boring than it seems to be. The concept first came into play during the 1960s. It was first used commercially in the 1980s, and many investors have shown interest in the virtual reality over the last 5 years. Most especially when the Facebook owner Mark Zuckerberg bought the Oculus for 2 billion dollars.

Many companies have manipulated a lot of software in order to create a simulated environment for their users’. This has been a great idea since the invention, and the virtual reality has a long way to go in today’s world.

In today’s world, video game industries are one of the largest users of virtual reality. Many video games have been developed using the virtual reality concept, such as the Grand Theft Auto vice city and Skyrim.

Virtual reality has also helped in the medicine, aviation, and the military. Doctors (Surgeons) are now able to train with virtual tools and patients and then transfer the skills into the real operating room. Still speaking about medicine, virtual reality still stands a chance for the treatment of mental illness such as post-traumatic stress disorder.

The future virtual reality will definitely become more sensory oriented as it has been more of visual sense since it has been invented. Very soon, it will become better for all the senses, but this will definitely not happen in a day. It will take more several years before it becomes standard.

Finally, we should all be excited about the future of virtual reality. Still, the best immersive tools of the virtual reality might be too expensive for the general public.