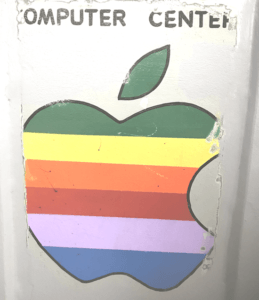 The iPhone 12, which is not released yet by Apple, is set to be a significant change to their smartphone.

Instead of being an upgrade, iPhone 11 brought a very little in terms of an upgrade, with a new camera and some extra power inside. Those were just common updates to the popular Apple’s iPhone, so will the iPhone 12 bring something new? The first device of in this decade. The rumors of the new iPhone having a 5G model, changed screen, new design, new cameras is what has proven us that Apple is giving us the upgrade we all have been hoping for. All that guarantees that Apple will continue to sell iPhone in the US in great numbers.

There has been no official release date for the iPhone 12 release date but, the device was rumored to be released during the second Tuesday in September, as iPhone 11 was released when Apple held its event September last year, so if Apple should follow this pattern, we expect that the iPhone 12 should be released on the 8th of September, 2020, but for the Corona virus pandemic which has really affected the production of many smartphones, various rumors have predicted a slight delay to the release date.

The price at which the iPhone 12 will be sold is still not known yet, the iPhone 11 started at a price of$699 to $1099, now how much will the iPhone 12 which is set to have a 5G support cost? Most 5G-enabled phones that were produced last year were priced around $1299, but some of the Apple analyst made mention that “Apple cannot significantly hike the price of the 5G enabled iPhones compared to this year’s lineup” so a $30 to $100 bump may be added to the iPhone 11 price.

Apple is set to be doing some significant changes to the design of the new device which includes getting rid of the old notch, the new iPhone 12 is set to have an aluminum or stainless body, four models of iPhone 12 are set to be released with the two largest iPhone 12 model having 6.7-inch model and 6.1 inch-inch model with 6GB RAM while the smaller two will have 6.1-inh model and 5.4-inch model with a 4GB RAM

The iPhone 12 is expected to come with an upgraded Face ID that will give the device to a slimmer notch; also support for 5G as well as finally switching to USB-C

The iPhone 12 will also come with iOS 14 software.

When it comes to computing performance, Apple products are part of the leading smartphones with a good performance, rumors has it that the iPhone 12 will come with A14 chip processor which will make the phone faster and more battery efficient due to improved thermal management.

The iPhone 12 is expected to come with a triple lens 3D rear camera which gives a sounds like that of a LIDAR scanner. However, the megapixel of the camera is still unknown but Apple will never disappoint.

Finally, the iPhone 12 battery, it is expected that Apple will increase the mAh of the new device since we are expecting an upgrade.