Gaming Laptops Vs Gaming Consoles: Which is Better? 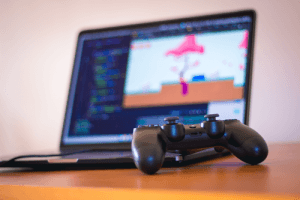 With the lock down in full swing some of feel trapped in our own houses advised not to socialize with our friends. At least not in person. I personally advise against spending the free time on watching TV. Video game world comes to rescue. You can spend time playing your favorite games and hours will pass like minutes. So lets’s talk a little about gaming hardware and decide what’s better; gaming consoles or gaming laptops. We’re not going to touch on VRs today but that’s coming soon. You can now sell your broken virtual reality set directly at SelBroke.

This is a question that has plagued the gaming world for years now. Which one is the better gaming tool, a gaming PC or a gaming console? Since both gaming devices have their pros and cones, we would try as much as possible not to be biased in our review.

To make this journey a less herculean task for you, here is what we think:

If it was left to us really, our answer would be, why do we have to choose between two awesome gaming devices. We say lets us choose both of them and enjoy the benefits of both worlds. However, we understand that our readers may not have that choice and therefore, may the force be with you as you make your choice.