How Passwordless Authentication Can Save You From Hackers 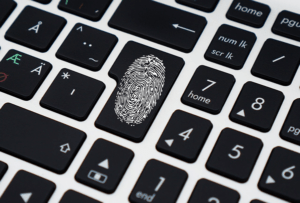 Image by TheDigitalWay from Pixabay

Passwords are gradually becoming a thing of the past, as there is an increasing awareness about how vulnerable they are to risk of being breached. This case happens mostly when companies store their customers’ passwords in unsecure and easily accessible databases. Sometimes, the job of maintaining passwords become too much of a burden to the IT team of these companies. For users who are not aware of the malicious nature of phishing links, they continue to suffer the effect of phishing attacks.

However, the major problem about passwords is that most users forget their passwords, and the likelihood of this happening increases with the number of users. A lot of users open different accounts on different platforms and create unique passwords for each. According to research, an internet user averages 90 accounts spanning websites. There are also reports that users abandon a third of online transactions because they have forgotten their passwords on these platforms- which is a huge loss of revenue for online retailers.

All these and more are why users need a more secure passwordless authentication system that is easy to use.

There is also the SMS authentication, which is used by a lot of apps and websites. Once you input your phone number, a code is generated and sent to your number – this code can only be used once. However, SMS authentication is not as safe as other forms as it has been used by cyber terrorists in the past.

There is the Multifactor authentication, which often used websites that require a high level of security, as it more secure. It involves three steps of authentication, which might include pin codes, face scans, fingerprint scans, voice recognition and security questions. This level of security is hard for internet fraudsters to access sensitive information on these websites.

–          For companies, it means better security for its customers and end-users

–          Companies will retain more customers, as there will not be cases of customers abandoning their services because they forgot their passwords.

–           It protects users from having to create passwords across several platforms, which can be a security threat to them in the future. A lot of users replicate the same password across these websites, hacking through one database could spell doom for such user.