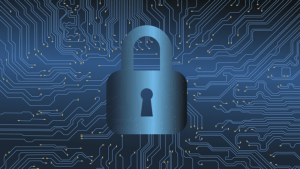 Image by VIN JD from Pixabay

Online businesses are under constant attacks by cyber terrorists. Cybersecurity has become of the leading challenges for businesses dealing online, especially small sized and medium sized businesses. This is why it is vital for you to stay up to date on the latest cybersecurity threat trends. An education on cybersecurity is one of the most important form of education in this present age of a scary and fierce some digital space.

Here are five of the most alarming cybersecurity trends.

According to report by Verizon, about 34% of breaches includes someone acting from the inside. Not all inside actors are willing actors, some spans simply from negligence. Insiders are always a major threat either as willing actors or unwillingly. There are insider detection tools that can be used to monitor actions such illegal logins to constrained PCs, installation of new applications on locked-down systems and other illegal activities.

According to a report by Forbes in 2019, about 74 percent of data breaches started with privileged credential abuse. This trend has been on the upward and it is expected to continue in 2020. It has become a necessity that companies now monitor and control access to privileged accounts. This can be done by implementing a privileged access management (PAM) tool that helps to manage and monitor the use of privileged accounts and the users who have access to them.

One of the major problems is an inadequacy of proper cyber protection practices by several businesses, which enables the cyber-attacks on them. A look at some of the unpopular cyber-attacks will show that some of them were successful because companies have failed to do the basics, such as the application of security patches when due.

Companies need to take drastic security measures more seriously. Some of the ways to do this include using layered defense such as the use of firewalls that blocks malicious sites, applying antivirus and anti-malware clients, making sure the software is updated with the latest security patches, and educating employees on cybersecurity awareness.

As cyberattcks are increasing, we are also seeing a decrease in number of people with adequate cybersecurity skills. According to the report from World Economic Forum, there are over 200,000 vacancies in cybersecurity related jobs in the USA, and companies have had a hard time filling these vacant roles. This sort of imbalance is one of the major reasons why hackers can easily cause damage.

This type of imbalance has also been created due to the general lack of skills by graduates, and this is because colleges and universities use the traditional way of education in teaching it.

There is a new strategy for cybercriminals, which is cryptojacking of major businesses. Cryptojacking is the illegal use of a person’s computer to mine cryptocurrency. Hackers infect the victim’s device by getting them to click on a malicious link in an email. This link loads cryptomining code on the computer and continues a mining process that runs in the background.

This cryptojacking link has the ability to disable your antivirus, install a malware and have control over your infrastructure, which makes you susceptible to more attacks. The most startling effect of cryptojacking is that users usually do not have an idea that their computer has been infected.

The major issue for cloud-based infrastructure is that, by being in the cloud, it has become exposed to the public internet, which means hackers have more chance of accessing it. There are several factors that can affect information stored in the cloud, such as poor configuration of the cloud, deactivated normal security controls and the failure of cloud-based companies to work on their susceptibilities. All these have created openings in cloud security that can be breached, thereby allowing the increment in risk of data breaches.

Staying on top of the new security trends may save you time and money. You won’t need to sell laptop or PC once affected. You will know how to prevent and get rid of threats when they occur.