How To Protect Against Microphone Hacking 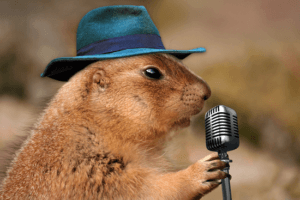 Do you know that someone somewhere could be listening to you right now? In today’s world, a pin or a password doesn’t fully secure a smartphone or computer.

According to Statista, 3.5 billion people use a smartphone in the world today. That’s how many people are at risk of a microphone hack, and no one is left out of this THREAT. Unfortunately selling your phone and buying another one will only solve temporarily.

An experiment by Swedish and British scientists proved that by using a malware they created, they could derive 61% of a smartphone users’ pin. The malicious app can do this by hacking into your device microphone and listening to laptop or smartphone keystrokes. The disturbing thing about this type of malware is it hasn’t been perfected yet, and it can achieve a success rate of 61%, how much more when it becomes perfected? The good news is that it is in the safe hands of these scientists, but for how long?

What is microphone hacking?

Microphone hacking is the use of malware by a hacker or third-party to gain unauthorized access into a device built-in mic to listen to whatever the user is doing or predict the pin and password of the device. It can be done by luring a user to click an unsuspicious link, download a PDF file, or an app, and install the malicious software on the device unknown to the user.

What can be affected by a microphone hack?

All devices that have a built-in microphone can be affected, and personal data can be accessed. Someone who wants to harm you can use this to track, find you, and carry out their evil plan. Asides this, the victims’ social media accounts can be hacked and used to commit fraud, confidential media can be accessed and leaked on social media or the dark web.

One way of being at risk of a microphone hack is by accepting an app's privacy policy and TOCs carelessly. That is why apps from unauthorized sources should never be granted access to a device’s microphone and camera without caution. Felix Krause, in his report, stated that an app can do the following when it’s being granted access to a smartphone camera and microphone.

Be careful what you agree to and which app you grant access to your microphone. Apps like LinkedIn don’t need microphone access while apps like WhatsApp do, be smart, and conscious of the permissions you grant after downloading an app. It is difficult to tell if you are not being tracked because these hackers are so smart that they only need you to click a link, download an app, or PDF file, and they are in snooping around your business. It’s that easy and isn’t easily detectable. This shows how vulnerable an individual can be to a microphone hack.

What can you do to prevent it?

A microphone blocker intercepts your phone or laptops built-in mic and makes it seem like you are using an external microphone, hence disabling your device internal microphone. Therefore, making the hacker unable to listen to a device keystroke or what is happening in the background.