Gaming is the future of our generation, and nowadays, everybody wants a gaming laptop. Gaming laptops are like nothing else in this world. Powerful, beautiful, and even futuristic. These devices have been around for a decade but are being improved every day. From the thick 10-pound computers to the slim 3-pound computers. Gaming has just become better and better as these machines keep advancing.

Some of these laptops are suited for certain games more than others. Some games focus on the central processing unit or better known as the CPU. While other games are heavier on the graphics processing unit or better known as the GPU. When you are looking to purchase a gaming laptop, you might already know what game(s) you want to play on it. If it is more of a CPU heavy game, than you’re going to want to invest in more of a CPU heavy build (meaning the build has an excellent CPU but not the best GPU) and vice versa for GPU games.

Some people are very serious gamers, and they feel they must have the best gaming laptop because they want to game, stream, video edit, etc. To do all of those capabilities the computer must have a powerful CPU, a hefty GPU, and at least 16 - 32GB of DDR4-DDR5 RAM (Random Access Memory). The cost of a computer with that much capability would be upwards of $2,000 - $3,000. There are plenty of gaming laptops there are in the $750 - $1500 range that can stream, game, edit, etc.

When you play video games your computer will generate your frames per second or FPS. FPS is basically how smooth your game runs. Usually, the better components the computer has, the higher the FPS. The only downside to the cheaper laptops is that you are going to have to take a hit in FPS category or a quality loss on streaming.

Nowadays, gaming computers contain excellent parts that make it an excellent all-around machine, which explains why they are so expensive. They have outstanding video editing, smooth streaming, and most importantly, a beautiful seamless gaming experience. There are thousands of different gaming laptops available with a variety of prices. As we progress through time, technology will get  better, and so will gaming. With so much potential to come, gaming computers will always be getting better, and so will the average video gamer. Gaming will be in your future, and there is no better way to get started than buying a gaming laptop. Who knows you may become the next Ninja! 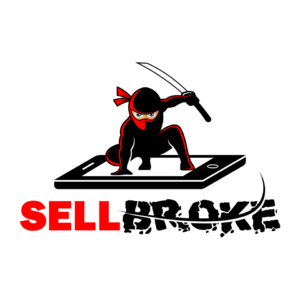