Unfolding the Future of Smartphones

As of 2018, mankind officially lives in a world where digital screens are foldable. It’s an amazing accomplishment considering that, only 15 years ago, smart phones didn’t exist. The possible applications of foldable touchscreens are near endless.

It’s too bad we first have to deal with rather horrible first attempts.

The United States reveled and rejoiced at this new technological feat when Samsung announced their foldable phone, the Galaxy Fold. That joy was fairly short-lived, however. As soon as the two thousand dollar phones made it into the hands of tech reviewers before the official public release, they almost instantly started breaking. 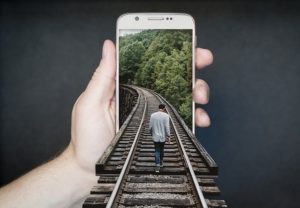 Image by FunkyFocus from Pixabay

What would you expect, though, from the same company that brought us the beloved Galaxy Note 7, whose best feature was spontaneous, fiery explosion? But hey, at least it still had a headphone jack. Take that, Apple.

After the tech reviewers informed Samsung of the many issues and breaks with the display and hinge, the world’s largest handset maker indefinitely postponed the Galaxy Fold’s original release date of 26 April and told existing pre-order customers that the company would cancel their purchases automatically unless the buyer tells them to keep it active.

Samsung isn’t the only company trying to transform the smartphone market with this new technology, though. There are a number of Chinese companies who have either already released folding phones or are going to in the coming months.

Despite being the first to sell a foldable smartphone in the United States, the title of World’s First actually goes to a startup company in China, called Royale, who came out with their Royale FlexPai in late 2018.

You might not have heard of this phone because—despite the fact that they’re far more robust than Samsung’s “shatter-if-you-look-at-them-wrong” Galaxy Fold—the FlexPai functions rather poorly, software-wise. The $1,320 phone’s Operating System can’t quite keep up with auto-rotation of the phone, let alone folding.

So, while Royale may have gotten the hardware durability part down (so far), they still have a way to go before producing a practical, useable, folding phone.

The news does get better, though. The Huawei Mate X, set to release later this year, seems extremely promising—as long as you don’t live in the US and are willing to pay about $2,600 dollars.

Featuring a screen that sits on the outside of the phone (unlike the Galaxy Fold whose folding screen is on the inside), it’s more than just a pretty, bright face. Behind that 8-inch folding screen is serious computing power, 5G capability, and a custom version of Android that snappily adjusts to every fold of the screen. With no awkward lagging or confusion like in the FlexPai and no indications of critical hardware failure like in the Galaxy Fold, the Mate X might well be the first truly successful folding smartphone.

If that’s the case, this will be another nail in the coffin for the US lead in technology as they fall behind China not only in folding phones, but in 5G, too.

Despite Huawei, Samsung, and Royale boldly attempting to lead the pack, there are plenty of more cautious phone-makers who are no doubt taking detailed notes on these frontrunners. Google has publicly announced that they are working on a folding phone. Apple has a few patents with some ideas for folding phones, and ZTE (another Chinese company) filed a patent in March for what looks like a brilliantly unconventional, vertically folding smartphone—like the Motorola RAZR and other clamshell-style phones of days long past.

Despite the lackluster implementation of the technology thus far, the idea of folding screens sounds like a huge step towards living in a real-life sci-fi tech utopia. Are folding phones going to be an awesome aspect of everyday life in the future? Or will they be just another short-lived fad like Google Glass, 3D TVs, and Crystal Pepsi? For now you can learn how to speed up your older phone so you don’t have to break your bank to buy the newest one. Some of the older devices seem to last longer than the new modern ones. It’s a shame that eventually they become obsolete because they don’t support the latest OS and can’t be really used anymore. And if you can’t use your old phone anymore you can easily sell it and shop for one that you can afford.