Don’t throw your laptop away!

Your laptop or computer breaking is a horrible experience. Once you have tried what you can and decided it is not worth keeping anymore you probably wondered what to do with it? Your likely answer would be to simply throw it out. Maybe you have an electrical waste drop off nearby if you are really lucky.
For many people though the option of recycling a computer seems alien. To majority recycling is more associated with cardboard and milk bottles than with high end pieces of technology. Recycling a computer though is one of the best things you can do for a variety of reasons. 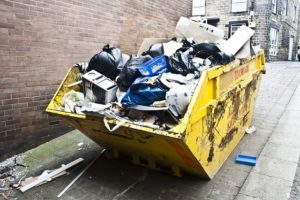 Image by Nathan Copley from Pixabay

There are a lot of extremely clever computer technicians out there who may know how to fix your computer and give it a new lease of life. This prevents a useable machine being tossed unnecessarily into landfill and a new computer being built. Just make sure that whenever you dispose of a computer you wipe the hard drive so your personal information cannot fall into the wrong hands.

2. It may be stripped for parts

In some cases your computer may be beyond repair but that doesn’t mean it isn’t useful! Just because a power unit or graphics card has failed doesn’t mean those parts can’t be taken and used in a different computer. Circuit boards and cables contain a lot of precious metals as well so even if they can’t be used they can likely be repurposed into something else.

3. It could have educational uses

Often, repurposed and refurbished computers are given to community groups and schools, particularly in deprived areas. For people who have very little, things like this can make a huge difference and can really enhance their lives.

4. It can teach young people about computers

Computer technicians didn’t start out that way, they had to learn those skills. Many schools and colleges need old computers for young people to open up and learn up circuit boards, soldering and wiring. Even a “broken” computer is still a valuable resource to some people.

5. It can be dangerous to throw it out

Computers contain a lot of harmful chemicals, like arsenic, which can leach out into landfill sites and then into water courses. They also often have lithium batteries which are highly explosive when crushed and start thousands of fires in landfill sites every year. This is doubly dangerous as the fire then burns other landfilled items, producing harmful, toxic smoke.

6. We are probably going to need them

It probably comes as no surprise that we are running out of materials. Gold, silver, palladium and copper are in short supply, so much so that companies are looking to “mine” landfill for old devices to strip the metal out of. As resources become more scarce the price increases and is passed onto the consumer. In order to prevent this it is always best to give your old electrical devices to the professionals who will know how to deal with it.

7. It may be worth something

All those valuable components are still worth something. Many places will buy your old equipment from you making recycling not only good for the environment but good for your bank balance too!

In summary, it may seem like all is lost but there is actually so much that can be done. At the very least you should check and see if your computer is worth some money to someone. In the end nothing is ever “unwanted”, someone will always place a value on it and your old computer has the potential to make someone very happy. So better sell your laptop, and whatever you do, never throw it into landfill!