Get Rid of your Old Laptop, but DON’T Throw it Away!

We’ve all been there. Your laptop or desktop computer has seen its best days and it’s time for a new model. Maybe it just doesn’t work the way it used to, or maybe, it quit working altogether. Sure, it’s easy enough to buy new laptop online or at your local computer store, but, what do you do with your old machine?

If you are like MOST people, you probably just assume trash is trash, and it belongs in the garbage or your local landfill, but you might want to think twice about just throwing the old machine away. 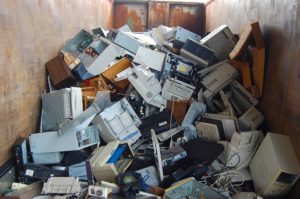 Image by dokumol from Pixabay

Each year, it is estimated that well over 2 MILLION tons of electronic equipment ends up in our nation’s landfills. If you’ve ever been there then you have likely seen the remnants of old tv’s, computer monitors, even the recently deceased once AWESOME laptops, as they are piled on top of each other, ready to be crushed, so, what’s the harm? Plenty. As it so happens, electronic “garbage” is one of the most harmful things included in todays landfills and there are a few reasons for this.

all of the space taken up by these often-bulky items can take the place of other organic material that is easily decomposed or at least much less harmful to the environment. Computer specifically contain environmentally harmful component including cadmium, lead and even mercury. All of which can possibly seep into groundwater causing unknown levels of toxicity to groundwater tables and eventual harm to you and me. Not to mention the bulk of the housing of these computers is comprised of plastic and metal…both of which aren’t going away anytime soon. Add to that the precious metals such as gold and silver that help make up the electronics that are expensive to mine AND harmful to the environment and it is easy to see why simply trashing your old machine is not a good idea.

So, what is the alternative?

Recycling computers is really the only viable option. Some landfill facilities do a decent job of recycling and you can drop off your old machines at their recycling station. There the machines are sent to be broken down into components that can be responsibly handled so as to have the least effect on the environment as possible. An even more attractive avenue would be to sell your laptops and old computers for cash.

“Who would pay me for this broken piece of junk?” Well, as it turns out, you CAN get cash for what you one thought was trash! Some companies that offer money for used and broken cell phones and computers will value your item, pay you a specified agreed upon fee, and they take on the responsibility of recycling the item. This can be through repurposing the machine (if it is able to be repaired and resold to another buyer) or the components are stripped down and sold individually. Either way, getting paid for something that you deemed worthless sounds like a pretty good deal, right? AND, working with these firms ensures that your old cell phone or laptop WON’T harm the environment at all.

So again, if you have a cell phone or computer that has seen better days, then by all means, get rid of it, just DON’T throw it away…