PlayStation 5’s Impact on the Future of PC Gaming Hardware

Some of the biggest news in the world of hardware this past week was the unveiling of the hardware specs for Sony’s next PlayStation.

But, as impressive as everything might seem for a console, the reaction by PC gaming and hardware enthusiasts is muted to derisive. 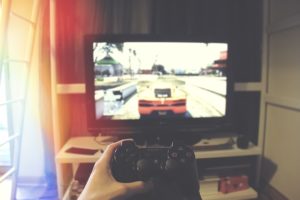 Image by Pexels from Pixabay

In fact, many analysts expect the PlayStation 5’s hardware to have a minimal to nonexistent impact on the course of development for hardware for PC rigs.

Why is that exactly?

One thing is that console gaming often tends to be behind PC hardware by default and necessity. Sony and Microsoft have to make money off of their units eventually so they’re not going to release consoles that cost close to $1000.

This is not a big deal in PC gaming and is, in fact, a common starting point for most gaming PCs.

The perception now is that console gaming somehow holds PC gaming back and that the next generation of consoles and their games will help computer hardware move forward.

Not only is that a somewhat confused argument, but it is also just not true. PC gaming is not what it used to be, that’s true, but it is all about what developers make games for, not what hardware is out there.

Gaming is undoubtedly the best in terms of ability to bring high-fidelity graphics and computing power to the table.

It doesn’t need the existence of the PlayStation 5 to make next level games.

But there does have to be a market for those games and there has to be a developer willing to make them and a publisher willing to sell them.

As PC Gamer highlights, not that many games require bleeding-edge graphics anyway.

Actually, one of the most robust and fast-growing segments of the PC gaming industry is the indie game niche.

These games typically can be played on any system with any graphical capability whatsoever, let alone the best of the best.

This area also attracts the most developers which is the lifeblood of any gaming platform.

Another feature that PC Gamer notes that should almost go without saying is that there is a huge disparity among PC gaming rigs and that means developers have to aim for some kind of middle whether or not they’re thinking of a console release.

Again, as we stated above, if you want to make the most money possible, then you need to appeal to as wide of an audience as possible.

So no one should take PC gaming’s general shrug at the PS5’s hardware as evidence of arrogance or delusion. Consoles have never had a direct impact on PC hardware and are often woefully behind even the most basic gaming PC systems currently on offer.

The true trend that will push gaming forward is, “As more PCs gamers upgrade and the next generation consoles start shipping, developers will have more incentive to implement all those fancy new features.”

It almost seems like common sense – that is, until you consider how heated debates about PC versus games consoles can be.

What’s more interesting for people that truly love PC gaming hardware are the changes the next generation of consoles is bringing in terms of game delivery, some methods which might obviate the need for expensive gaming PCs altogether.

Projects like the Google Stadia and the rumored push to eliminate physical media and rely upon streaming and other methods could mean that hardware increasingly takes a backseat in both realms.

That’s a way more interesting phenomenon in our opinion.