Top Laptop Trends to Look for in 2019

Technology is always moving forward. What was revolutionary last year could be commonplace the year after that. Laptops are no exception to this upward trend.

Here is a look at the biggest laptop trends to expect for 2019: 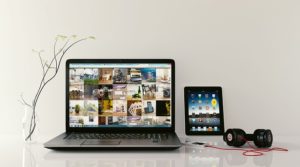 It is difficult to picture laptops getting much thinner than they are today. However, new techniques are coming into play that can result in even lighter designs.

This change mainly stems from new technology in the computer chip market. Smaller, thinner chips logically result in thinner laptops overall. This chip technology is also keeping the cost of laptops down so that they stay in the mid to low price range.

This slim design does not mean that performance is dropping. On the contrary, lightweight laptops are now able to better deliver the kind of processing power usually demanded by gamers.

New advances are being made in the computer chip market. While Intel typically dominates that market, AMD is making a name for itself with the Ryzen chip. These chips allow laptops to perform better and faster. Not only do these chips perform better, but they cost significantly less than the comparative Intel chips–as much as $200 less.

Despite being lower in price, these computers are able to handle anything that the average user will throw at them. There are not many frills or special features, but they can get the job done. Because these laptops are only running basic programs, they are able to offer features like a thinner design and longer battery life.

Always Connected PCs initially created a buzz last year, but were met with an underwhelming consumer response. While these computers have a feature that allows a user to switch from wifi to LTE seamlessly, the performance was less than stellar. The “Always Connected” feature increased prices without providing much in terms of quality of use.

Efficient Always Connected PCs are still a goal for many companies. They are utilizing higher performing chips that help to combat the previous negative feedback they received. These laptops are able to offer a longer battery life and more portable usage–two features that are always high on the list of any laptop user.

Many of the new trends in laptops for 2019 are features that developers have been fine-tuning for years. With advances in processing technology, consumers will see some of the fastest, slimmest, most cost-effective and portable laptops yet.