What’s right for you when buying laptops

Finding the laptop that is right for you can be a chore. Something akin to finding the perfect pair of shoes, only a thousand times more convoluted. I like to think of it as a free-fall; a rapid descent from cloud to ground. You may be like me, and spend hours falling; searching for the best deal, the best size and weight, the best hardware and screen quality. Finding the right one is like finding the ripcord to your parachute – while ending up with the wrong one, feels a little like hitting the floor at high speed.

So, here to help you possibly avoid the mistakes everyone makes, I’ve compiled a few pointers to assist the budding laptop buyer. And in order to hammer these points home, I took a closer look at two laptops I’ve been using for the past decade; one of them terribly battered and outdated, the other fresh off the line. 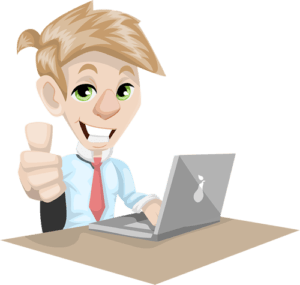 Image by GraphicMama-team from Pixabay

First, let’s introduce the contenders. On the one, ancient and dusty hand, we have the Acer Aspire V3. With a rather decent (at least for the time) NVIDIA 635M GPU and a commendable 8GB of RAM, this old beauty has served me well, and may indeed serve you well too, if it’s last generation games and video streaming that you’re after. We’ll delve further into the both of these later, but please be aware that this particular laptop is now 7 years old and it shows.

On the other, much sleeker hand, we have the Acer Swift 3 – or the Acer Swift 3 SF314-52G as the kids call it. Now, it should be mentioned that the variant I own sports an often surprisingly powerful (at least for a mobile unit) NVIDIA MX150, which doesn’t appear in all versions of this laptop for some reason.

Okay, so now that’s out of the way, a little history. When I set out to get a new laptop, I was originally planning on purchasing something low-end. I didn’t need all of the bells and whistles that come standard with a hand-built mechanical monster, wrought of pure meteorite and wreathed in rocket fuel. It’d be a computer I’d be using strictly for work.

However, as I scoured the web for something that worked for me, I found a startling abundance of astonishingly bad PCs with absurdly high price-tags. It just didn’t make sense. So, rather than part with my hard earned cash for something seemingly worthless, I instead decided to upgrade! Everything had to be better, and it had to be a great price. That’s how I (eventually) found the Acer Swift 3, and it didn’t disappoint.

If you’re like me, there will be a number of points you’ll want to consider when choosing the perfect laptop – and I’m sure you’ve heard this a thousand times. Often when browsing laptops in store we’re asked: “Do you need it for video-editing, gaming, or just surfing the web?” or something equally as vague.

What you really need to ask is: “What does each piece of hardware in a computer do, and how powerful should each part be in the laptop I need?” If you already know what they do, that’s excellent; if not I beg you to learn, as it is critical.

We’ll start with the simple stuff: the screen and general shape, as to avoid technical jargon for a little while longer. The Aspire V3 has a pretty un-impressive display – something I could scarcely call 720 – while the Swift 3 has a full HD 1080p display. It’s clear here which is superior. When in doubt, go with the bigger number.

It ought to be said however, that the Aspire screen is significantly larger, which is nice. But, do bear in mind, screen size does inform the general size of the laptop. The Swift is a comfy 14”, while the Aspire is a little over 17”, which can be quite unwieldy. Think about what size works for you, and choose accordingly.

Before we go on, I’m going to go over some quick flaws with both models which I feel rather roughly fall into this topic. As mentioned above, the Aspire V3’s screen resolution is rather poor, but in addition to that we have some other glaring issues: the laptop is decidedly heavy in comparison with a lot of newer models, it has a habit of overheating quite quickly, and the keyboard has no backlight. The Swift 3’s main drawbacks include: no number pad, a somewhat glitchy trackpad, and a front edge which WILL dig into the forearms and leave you permanently scarred. Just kidding! But it will give you a bit of a mark for a few minutes.

On to something a little more technical: the RAM. Both machines boast a generally industry approved 8GB of RAM. This is what most consider to be the minimum threshold for high-end performance. If you don’t plan on doing a lot of intensive things, or a lot of things at once, this won’t matter to you. Go with a 4-6GB laptop. I would suggest going lower but I find even the notion to be utterly barbaric.

Now we’ve skimmed over some of the more uninteresting aspects, let’s dig into the meat of the topic. One of the most common uses for a high-end laptop is, of course, gaming:

Relatively recently we’ve seen the Xbox One X, Nintendo Switch, and PS4 Pro hit the shelves; immediately doing their best to confuse the uninformed consumer. Is a Switch a handheld or a console for the TV? Do I need a Pro or can I play the same games on my PS4? Does adding an X make this Xbox better than the last one? And what the hell is an Xbox One S?

Believe it or not, all of these questions have been asked a hundred times or more by gamers (and their parents especially, on the run-up to Christmas) and unfortunately, things are only going to get more nebulous with the fast-approaching reveals of the next generation. So, as you might imagine, it’s never been a better time to leave all that chaos behind.

It’s easy to be turned off by PC gaming, as the confusing nature of knowing which parts to buy and how to combine them can often seem daunting. Luckily, with a gaming laptop, things couldn’t be simpler. It’s all there from the get go, and it’s all mobile.

Not convinced? Well let’s pop back to the consoles for a moment. It’s no secret that a lot of games have been struggling to run properly over recent months (Anthem being the poster-child of this console-killing spree). And it’s difficult to say whether or not console gaming is going to be able to survive in a new – hyper high-spec – world. A world primarily dominated by the simple flexibility and capabilities of the gaming PC.

Unfortunately for consoles, there are caveats with every step forward taken. Getting closer in output quality to PC, also means taking on a number of the latter’s most archaic burdens. Minor crashes, complete blue-screens, frame-rate drops and glitches. The four horsemen of a more complex video game world seem to be nearing. Finally, we ought to mention the obvious drawback of consoles growing more powerful: the price. Slipping a high-end graphics card (even an in-house variant), 4K capabilities, and possibly even a VR component, is going to inflate the price of a console from the regular $350/400 mark to pushing $600 at the very least. Not to mention the cost of the full HD TV you’ll need to even use it.

You may wonder then, how our two contenders do when it comes to gaming. The answer is: quite well, actually, all things considered! If casual gaming is your thing, the Acer Swift 3 packs more than enough punch for the likes of The Witcher 3, Dark Souls 3 and The Division. As for the Aspire V3… well, it does pretty well with most hits from the last generation; Batman: Arkham City, Battlefield 3, and Skyrim all look fine and run reasonably well. If the games you play have low requirements, e.g. League of Legends, or Counterstrike, this machine will do you fine. I’ve included a handy table below to show the difference between the two GPUs.

Overall, the two laptops have quite a lot to offer, each in their own right. The Aspire V3 does its best to appease the chromebook crowd (without being a chromebook) and has a decent amount more hidden under the admittedly hefty trunk. With only few key drawbacks, I’d say its current price-tag of $200-300 is a steal. And then we have the Swift 3. A super-fast, lightweight, and surprisingly powerful laptop with only a few negligible flaws. I’d buy two, if I could afford it.

If this – quite meandering – article gave you any assistance in your quest to find the perfect laptop, then I’m sure wherever I am at the moment you read this, I will be overcome by sudden delight. And if not, you’re probably already smarter than me and don’t require any help… Thank you for reading all the same. Ta-ra!