Google’s promise to end the console generations with a cloud-based gaming system that eschews expensive hardware in favor of streaming technology will still rely heavily upon physical chips to work.

This shouldn’t come as any surprise to those of us in the tech world, but some people don’t quite realize that streaming games doesn’t mean that chips and hardware become totally meaningless – at least not for Google and those that attempt to do something similar to the Stadia. 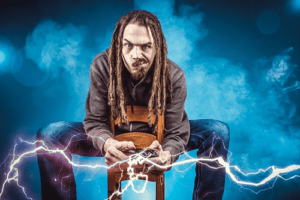 Image by Felix Lichtenfeld from Pixabay

That’s why it is a boon for chipmaker AMD to be associated with the Stadia project.

As TechCrunch reports, the chipmaker will be making a customized chipset for the Stadia that, according to the website, makes the hardware of the PlayStation 4 Pro and Xbox One X look paltry in comparison.

Given that the PS4 came out in 2016 (which is ancient by chip standards), that comparison doesn’t really mean much but we can pretty much take it to the bank that the Stadia is going to have powerful hardware.

Beyond that, what Google did discuss with regard to the AMD chips was in terms of Teraflops – typically language reserved for supercomputers. TechCrunch says that the numbers roughly looked like an “overclocked” Pro Vega 56.

Of course, it will have to be powerful since “it has to handle both running a modern game at 4K and 60 FPS and may have some extra load from streaming the video as well.”

What is probably the biggest question about Stadia that people aren’t asking is how, exactly, Google plans on scaling the project if it takes off.

Because each player requires a dedicated “instance” to play Stadia, Google could be looking at a huge outlay of hardware to power all of this activity. The reason why this question is particularly intriguing is because Google has yet to comment on how much the Stadia service will cost.

Some people are speculating that it will be a monthly subscription while others think that a sub fee plus advertisements and other monetization methods will be used by the company.

The trick will be finding the sweet spot between a good price and a great gaming experience.

If Stadia suffers from lag or decides to interrupt your gameplay with ads every ten minutes, you can expect this experiment to go sideways, and quickly.

Concerns like this also highlight another big thing weighing against the Stadia, and that is Google’s commitment to the service.

It’s hard to bring people on board when they’re not sure the ship will continue to sail years from now.

For its part, Google is not shy about pulling the plug on something that doesn’t quite work out.

This has a lot of gamers concerned that any investment in the Stadia could be fleeting – and most of us don’t have the time for that.

In a broader sense, though, AMD’s chips could be used in other applications. And we’re almost certain that Microsoft and Sony will compete head-on with Stadia.

AMD wins either way in these scenarios so you can see why the company is so keen to become the go-to brand for these kinds of chips.

Most people think that the immediate future will probably be comprised of a hybrid approach. That means that we will have powerful hardware as well as powerful streaming options.

Again, AMD wins both ways and you can’t help but think of how the two dynamics will work together.

After all, we imagine that a really powerful game machine, coupled with a really powerful streaming, off-site service, could deliver gaming experiences (particularly in VR) that will absolutely revolutionize the industry.