Gaming on the Go: Sleek Gaming Laptops of 2019

If you’re like most of us in 2019, you’re likely busy with work and finding less time for your one true love, gaming. Lucky for you, manufacturers are fighting harder than ever to pack a full graphic-powerhouse tower into a laptop. However, this often resolves in a bulky beast of a laptop too big for most carrying cases, and too gaudy to be discrete. For many of us gamers on the go, we don’t want it known to the entire café or office to know that we’re gaming. 2019 is the year of new laptop trends of the lightweight gaming machines. Here are two gaming laptops you should investigate if you’re in the market for a lightweight, discrete gaming powerhouse that you can take on the go. 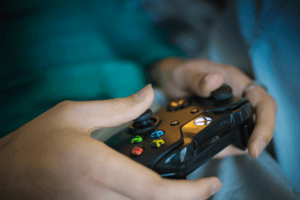 Image by Olichel Adamovich from Pixabay

What can be said about this laptop (and its GS75 relative) that hasn’t already been said this year? MSI really knocked it out of the park with these two models. At just under ¾ of an inch thick, this laptop is likely to be confused by many as a MacBook imitation by a random PC company, which is perfect for those discrete gamers in an office setting. We’re not saying you should play games at work, but if you wanted to, the GS65 Stealth would be the perfect laptop for the job. In its sleek, aluminum casing, MSI managed to pack in a Core i7 processor, Nvidia GTX 1070, and a 512 GB M2 drive! In addition to these hardware specs, the laptop also boasts a wide-view, anti-glare, 144-Hz screen which is perfect for those gamers that love FPS and value high framerates that allow them to flex their quick reaction speeds.

Although the Razer Blade Stealth is a laptop that’s been around for years, its 2019 iteration experienced enough significant changes to distinguish it from the last version, which was established in 2017. At just over ½ inch thick, and weighing in at just under 3lbs, the Razer Blade stealth is another laptop that could be mistaken for a MacBook at first glanced. Its black anodized aluminum shell is reminiscent of the black MacBook model currently on the market. The 2019 model sees some upgrades and changes including:
• The bright green Razer logo etched into the case is now black, which fits better in a mature, professional environment
• The bezels have been reduced in size by 60%
• The keyboard is no longer backlit in a per-key fashion, rather, the on-board software will illuminate the entire keyboard instead of key-by-key. Although some may see this as a downgrade, this change has boosted battery life, which many find important in a portable gaming device
• The battery life has improved in this years model by a couple of hours over last year’s model