We all know what a USB port is. The USB port has been used in PCs for more than 20 years. Technology has progressed since then. We now have USB 3, soon we will have USB 4, USB C, lightning ports, etc… The USB port is soon going to be a thing of the past. USB C ports are so versatile that they can be used for data transfer, power, and charging, and even drive monitors and display. You’ll need a newer PC to take advantage of these ports, though. 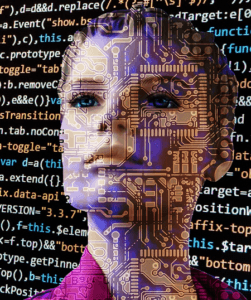 Cordless AC has been around for many years now, but it was only offered in higher end laptops. Wireless AC is now a standard offering in all devices. It allows for faster WiFi connections, stronger WiFi connections, and potentially more secure connections. It’s an all-around better technology.

That’s not all though. It’s a little-known secret that just about all Intel processors include wireless display technology. Most newer TVs also act as a receiver for these wireless display adapters. This standard is called WiDi.

WiDi got a bad rap back when it was first introduced. It was difficult to connect properly. Most people had to fight with it. Likewise, it had poor performance. Since its introduction, most people have all but forgotten about it. All that is a thing of the past now. WiDi works and works well. Unfortunately, you have to know about the feature and know how to activate it. It’s no obvious. Windows hides the option, and most TVs have a funky marketing name for it. Once you get it, though, WiDi is amazing. Want to stream a movie or YouTube video to your TV? WiDi makes it really easy. Are you in a SOHO office? A good TV and a WiDi connection is a really cheap way to create a digital whiteboard for meeting rooms.

Gaming on a laptop used to be a joke. If you wanted a mobile gaming PC, you had to spend thousands of dollars on a 10-pound brick. Nvidia and AMD have come a long way in their graphics processors. If you want a high-end PC, you can easily pick up a laptop with a good Nvidia 1060 or better graphics card for less than a $1000. If you want the option to game casually and need a lightweight, extremely portable PC Nvidia has the MX150 graphics chips.

Even still, if your budget only allows for lower end machine, the built-in graphics of the AMD APUs and the Intel 6xxHD graphics have come along way. I wouldn’t expect to do any 1080P gaming at high settings with these graphics chips, but you can easily get away with 720P graphics in medium settings in most games with the stock processor and graphics core.

I feel like we barely scratched the surface of new laptop trends. There are many reasons to consider purchasing a new laptop. We only touched on things we thought most people would be interested in. Nonetheless, it may be a good time to think about buying a new laptop.