The PC market has seemed rather stale for the past few years. Manufacturers like HP and Lenovo have been experimenting with weird new form factors, like a foldable laptop, but nothing has really taken off. The market has reflected that. New PC sales have been slowly declining for years partly because people are satisfied with the PCs they currently have. No one has released a laptop with enticing enough new features to be worthwhile to spend money on. I can’t blame anyone for that, but it might be worthwhile to start taking a look at a new PC.

Intel and AMD have made great advancement in technology over the past five years. So has Nvidia. PCs also have a lot of new features that make purchasing a new PC worthwhile. So, let’s take a look at some of these new PC trends and explain why they might make a new upgrade worth considering. 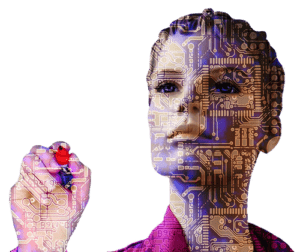 Let’s face it, laptops have never had the battery life that PC manufacturers claim. I’ve never gotten those 8 hours worth of use that any of them have claimed. Laptops get good battery life, especially considering with how long a laptop battery would last on a full charge from a PC released 10 years ago, but not the 8 hours HP and Lenovo claim. Even my one-year-old HP Omen, a PC with some of the latest and greatest hardware, doesn’t get more than 4 hours of use on a full charge.
I should state that, of course, your battery life will vary depending on how you use your laptop. Laptop manufacturers make battery life claims on typical expected use. So, your mileage may vary.

With that said, both Intel and AMD have been laser-focused on increasing power efficiency. Laptop processors have come a long way. They now offer more processing power that uses way less energy than their older brethren. Modern laptop processors can chew through most PC activities without ramping up speed. They turn off parts of the processor that aren’t being used and only turn them on when needed.

Likewise, ARM processors are now making their introduction into the PC market. Granted these processors are not anywhere near as powerful as your Intel and AMD variants, but they offer far better battery life. We are still in the infancy of ARM processors being used as a desktop class processor. It is going to take a couple of years before they start to match the power offered by Intel and AMD for everyday tasks. Once they get there though I can easily see laptops getting more than 10 hours of battery life.

To be continued tomorrow 😉