The MacBook Pro is one of the most popular laptops available on the market today. Its class, luxury, and brand pizazz come with a price tag, though. Consumers can easily find a laptop with similar hardware specifications for a much lower price. Unless someone is very price sensitive, electronics hardware purchases shouldn’t only be based on price. Instead, they should be based on value. With that said, today we are going to discuss a few key areas where the MacBook Pro sets itself apart from other devices for better or worse. 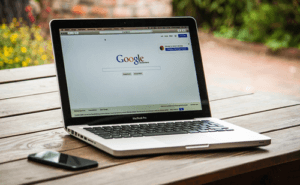 Of course, the first thing we need to discuss is the OS that drives the MacBook Pro. In the world of laptops, you generally have a choice of Apple hardware, which uses Mac OS, or anything else that is powered by Windows. We are going to leave Linux out of this discussion as Linux is typically considered an edge case for most consumers.
Mac OSX is developed by Apple specifically for its own hardware. Mac OS can’t be purchased as a standalone piece of software to be installed on any hardware. That makes MacOS unique.

There are a few key points here. First, because Mac OS is developed by Apple and tied closely to its own hardware, Apple can control the performance of its software much easier than Microsoft can with Windows. Microsoft has to develop Windows with a vast amount of hardware configurations in mind. I won’t take credit away from Microsoft. Achieving that task, and doing it well, is extremely complicated, and Microsoft manages to pull it off well. Microsoft will never be able to achieve the optimizations that Apple is able to, though. Apple knows exactly what hardware is being offered in its laptop builds which means that Apple can fine tune every bit of code that runs against that hardware.

The second point we need to address is usability. Apple spends an amazing amount of time analyzing the user experience so that they can produce the best possible experience for its customers. The user experience on Mac OS is second to none. Just like its hardware, Mac OS is designed from the ground up to be easy and joyful to use.
Apple extends that user experience beyond the software, too. Their hardware is also built with the experience of using Mac OS in mind. Everything from the display, the trackpad, the speakers, etc.. are all built around making the use of Mac OS better.

I mentioned above that Apple has complete control over the software optimizations it implements in its OS and the hardware. That comes with many benefits. One of which is battery life.
Battery life is an important metric for a laptop. After all, laptops are a mobile device. Consumers need to be able to depend on their laptop lasting for a long time off of the power cord. They also need to trust that sleep and hibernation will work properly, an issue that Microsoft has had historically due to the number of hardware configurations it needs to support. This issue is so profound that Apple has made decisions in the past to skip entire generations of Intel chips just to make sure that battery life and PC sleep states wouldn’t be affected from poor hardware design.

The keyboard is a hotly debated topic for the MacBook Pro. Apple once has the best keyboard and trackpad offered in any device. Though their trackpad is still one of the best on the market, many PC manufacturers have caught and now offer a similar experience. Apple seems to have backstepped on the keyboard, though.
Apple has an obsession with making devices that are thinner and lighter. It’s hard to argue that making thinner and lighter laptops isn’t necessary, especially in today’s more mobile world. One of the areas that they have tried to improve on and failed is the keyboard.

We have to understand that keyboards are a very tactile, subjective thing. Different people prefer different styles of keyboards. In fact, there is a huge market for reconditioned, large, clunky mechanical keyboards because people still like them. One fact remains true, though. Consumers like being able to feel and hear that clunk when a key is pressed no matter how hard or clunky’ it may feel. Consumers only argue how much of a clunk is appropriate, not whether there should be one.

When the new MacBook was released years back, Apple introduced a new style of keyboard that had almost no travel. This keyboard was widely received with poor reviews. Nonetheless, Apple decided to push forward with the style of the keyboard in most of its mobile products. It’s created a subpar typing and interaction experience with the laptop. So much so that many professional reviewers are having to re-calibrate their keyboard expectations outside of the Apple world because most other manufacturers’ keyboard feels great compared to Apple’s keyboard despite how poor even they may be. Because of the Apple is in trouble and has to sell MacBook Pro and MacBook Air laptop at a substantial discount to keep the sales numbers up.

In our final point, we need to discuss the graphical options offered in the MacBook Pro. The MacBook Pro has a graphics card capable of only being able to drive their very high-resolution display. That’s about it. MacBook Pros do offer configurations with AMD graphics parts, but these cards are typically overpriced and come nowhere close to matching the GPUs offered by other vendors. Not only does this create an environment where gaming is limited and subpar on the MacBook Pro, but even things like video editing and 3D modeling can suffer greatly. Unfortunately, this puts the MacBook Pro at a disadvantage. The lack of any decent GPU offering in its configurations limits the MacBook Pro to the business and general use segments. Anyone that needs a device that depends on graphical power will have to look elsewhere.