How does e-Waste Affect the Environment?

Over 40 million tons of e-waste is tossed out each year, and many of the devices are still perfectly usable when tossed out. This can have major implications not just on the environment itself, but on the health and well-being of us. So what exactly is e-waste, and what issues can be seen through our throw-out culture? 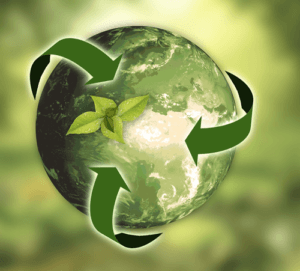 Image by annca on Pixabay

E-waste, or Electronic Waste, is an umbrella term for any electronic devices that are tossed into the trash. This can include computers, laptops, cell-phones, iPods, video game systems. Even things like wires, and other peripherals, like controllers, computer mouses, and more.

In 1999, the average lifespan of a computer would have been up to 6 years or more. However, just 6 years later, in 2005, that number would shrink down to about 2 years. Now, it seems like we toss out computers and smartphones on a near-annual basis when the newest upgraded versions come out.

Only about 15% of e-waste is recycled, leaving 85% of all electronics produced to go straight to the landfills after use. Not only is this wasteful, but these chemicals can leech into the groundwater and even in runoff. This can create elevated levels of chemicals in the local food supply, thus increasing health risks.

But the main issue comes when this waste is incinerated. This method is often used as a way to produce energy, but as a result, large amounts of chemicals are released into the air, which can then wreak havoc on the health of the locals, as well as the wildlife.

Dumping them in other countries

We export a lot of our garbage, with e-waste being one of the largest groups. However, we often do not consider what could be the ramifications of exporting, which is often given to developing countries. These countries often have kids that search through the waste, trying to find any small precious metals that are used in the circuitry.

This can be a major hazard for young children, but can also harm the environment as a whole. Especially as many of these countries do not have landfills like many developed countries do, so the waste is spread out all over the land. This leeches into the rivers and streams, making them highly toxic.

The vast majority of lead and other heavy metals found in landfills are a direct result of e-waste. This can be a huge problem for a variety of reasons, not the least of which being seeping into the local groundwater. Exposure to these heavy metals, like Lead, Mercury, and Cadmium, can stunt development in children, and cause cardiovascular issues and increased cancer rates nationwide.

The best thing to do would be to not purchase electronics if you do not have to. If you do, in fact, have to purchase something new, try to think of a way in which these electronics can be recycled. For instance, sell laptops and electronics to electronics recycler that will not only pay you but also recycle them so they do not make it to the landfill.

Every little bit counts when it comes to our environment. So try to recycle as much as possible, as well as lower your consumption.